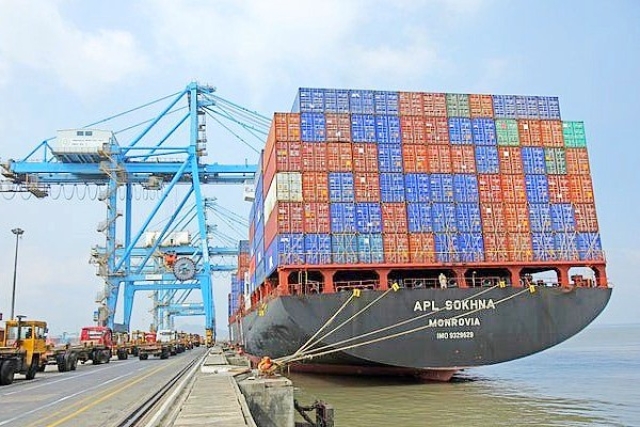 India’s share in world exports have grown to 1.71 per cent in Q1 of FY20 (Representative Image ) (Pic Via GettyImages)

In a crucial step for boosting exports in the country, the Union Cabinet on Friday (13 March) approved a new export scheme that will reimburse all taxes and duties paid on inputs consumed in the process, reports Financial Express.

Briefing the reporters, Commerce & Industry Minister Piyush Goyal said, “Whatever taxes, or duties or local levies imposed by the Centre, State or local governments that are not getting refunded through any other scheme, will be done through RoDTEP in a way that is compliant with the World Trade Organization (WTO) norms.”

The new scheme, called Remission of Duties or Taxes on Export Products (RoDTEP) scheme, will replace the current Merchandise Export from India Scheme (MEIS) in phased manner. The government has also stressed that the new scheme is consistent with World Trade Organisation (WTO).

The MEIS scheme was started along with SEIS (for services) scheme under the Foreign Trade Policy of India (FTP 2015-20) to make Indian products competitive at the Global market.

WTO had earlier declared MEIS scheme to be violating global trade rules. However, India had filed a complaint against the order at the WTO appellate body.

Additionally, many exporters have persistently complained that MEIS scheme doesn’t offset all the taxes. The new scheme aims to bridge this gap and make exports ‘zero-rated’, in line with the global best practices.

Goyal also added that the Department of Revenue and the Directorate General of Foreign Trade will hold discussions over the next six-eight months with exporters and accordingly the sectors and products under the RoDTEP scheme will be notified in a phased manner.