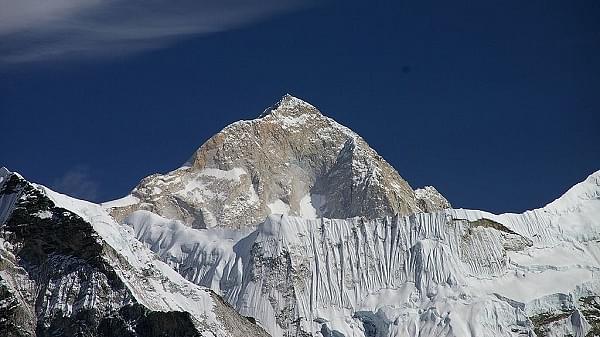 A view of Mount Makalu (Ben Tubby via Wikipedia)

The first ever Indian Army mountaineering expedition to Mount Makalu (8485 metres) was flagged off by the Director General Military Training yesterday (26 March), as per a PIB release. The team comprises of five officers, two JCOs and eleven members from other ranks (ORs).

The expedition is part of the army’s objective of having its men summit all challenging peaks with an altitude of over 8000 metres. Mount Makalu is the fifth-highest peak in the world, and lies close to Mount Everest, on the border between Nepal and China.

The peak is not just challenging to conquer because of its elevation but is fraught with danger because of extremely adverse weather conditions.

The team which has been tasked with summiting the mountain has undergone six months of training, and as part of their preparation has already conducted successful expeditions to Mount Kamet and Mount Bhanoti. The group of army personnel will set off for the expedition from New Delhi and will be setting up camp at six different locations as part of their climb.