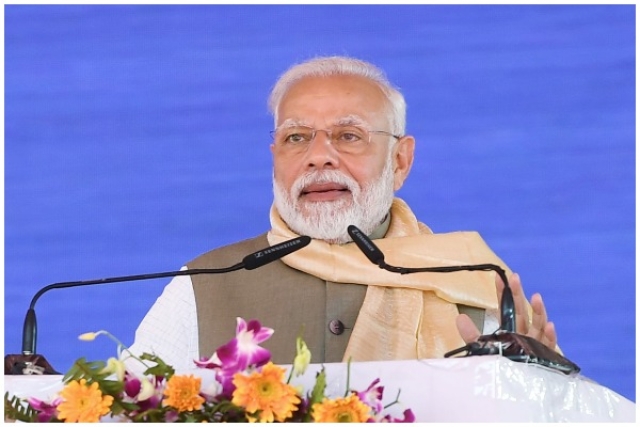 Prime Minister Narendra Modi is all set to lead India in a video-conference to be attended by the South Asian Association for Regional Cooperation (SAARC) member nations on Sunday (15 March) evening.

The conference, which aims to promote the World Health Organisation's advice to avoid public gatherings, is being organised following Prime Minister's proposal on Friday seeking formulation of a joint strategy by SAARC member nations to control and monitor the Covid-19 outbreak.

The Prime Minister's initiative was welcomed by all members of the SAARC nations comprising Afghanistan, Bangladesh, Bhutan, India, the Maldives, Nepal, Sri Lanka and Pakistan.

On behalf of Pakistan, Dr Zafar Mirza, Special Assistant to Prime Minister Imran Khan will be attending the conference. Pakistan's response to the proposal came late in the night with the country's Foreign Office Spokesperson Aisha Farooqui saying the threat of COVID-19 required coordinated efforts at global and regional levels.

"Timely action for a healthier planet. Tomorrow (March 15) at 5 PM, leaders of SAARC nations will discuss, via conferencing, a roadmap to fight the challenge of COVID-19 Novel Coronavirus," the Prime Minister had tweeted on Saturday.

"I am confident that our coming together will lead to effective outcomes and benefit our citizens."

In a tweet on Saturday, the Ministry of External Affairs (MEA) spokesperson Raveesh Kumar also said: "Coming together for the common good! 15 March, 1700 IST. PM Narendra Modi will lead India at the video conference of all SAARC member countries, to chalk out a common strategy to fight COVID-19 in the region."

The initiative assumes significance because since 2016, SAARC has been mostly inactive. Modi had refused to attend the 2016 SAARC summit which was to be held in Islamabad, following the Uri terror attack perpetrated by Pakistani terrorists. After Bangladesh, Afghanistan and Bhutan also withdrew from the meet, the summit was called off.

SAARC summits are held biennially and are hosted by the member states in alphabetical order. The last summit was held in 2014 at Kathmandu. However, Sunday's video conference, though without Imran Khan, will break the ice.

With the novel coronavirus claiming over 5,000 lives across the globe, Prime Minister Narendra Modi called on India's neighbours to interact via video-conferencing and draft a strategy to prevent further spread of the infection.