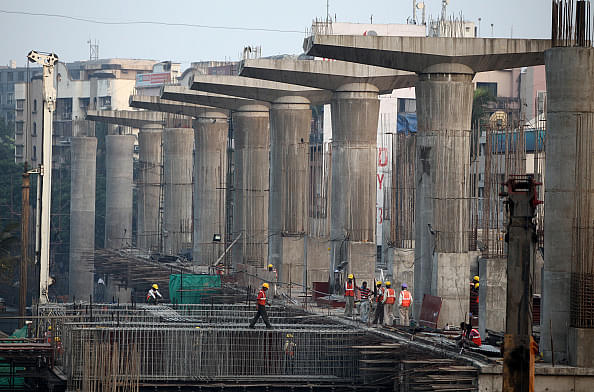 The proposed Kalyan-Dombivali-Taloja Metro line in suburban Mumbai has hit a significant roadblock as the Delhi Metro authority scuppered the connectivity plan made by Mumbai Metropolitan Region Development Authority (MMRDA) by opposing the proposed plan to build the metro line, reports DNA India.

The Delhi Metro Rail Corporation (DMRC) said that the corridor, which, for the most part, has agrarian and infertile land, isn't possessed by enough workers and is economically unviable.

MMRDA had endorsed the development of the Metro line seven days prior, in spite of a DMRC re-think about the mass rapid transport system, which is being planned in zones with high population density for it to be helpful.

The Kalyan-Taloja Metro line-12, assessed to cost around Rs 5,000 crore, has been proposed as an augmentation to the Thane-Bhiwandi-Kalyan Metro-5, and its feasibility was deliberated upon after requests by zonal political leaders.

"Financial Internal Return Rate (FIRR) is -7.40 [in the negative] per cent, and also Economic Internal Return Rate (EIRR) is 6.36 per cent only. It shows that this extension is neither functionally nor economically viable. After five years, a review may be made base on actual growth," reads the report.

“The execution of Metro-12, however, is not going to be immediate. We believe that in the coming 10 years, the need for it will arise with the development of a growth centre in Kalyan by us and development in Navi Mumbai Airport area," said an MMRDA official.

A DMRC official stated that, "We have told MMRDA to be very careful before implementing Metro-12. Transportation can be planned and constructed anticipating future growth, but Metro comes later; after roads and railways, which are primary."