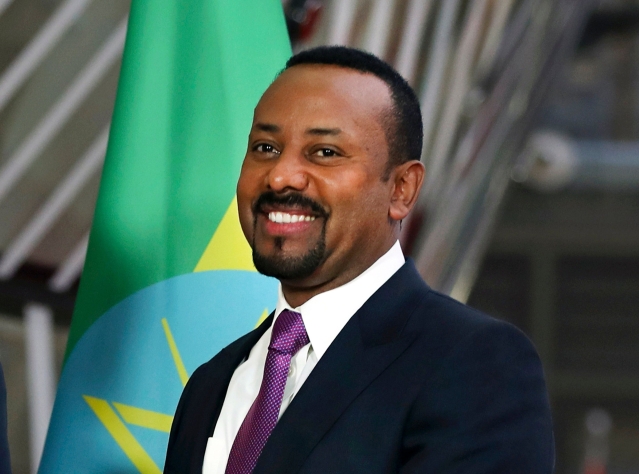 Ethiopian Prime Minister Abiy Ahmed has been awarded the 2019 Nobel Peace Prize for his efforts to "achieve peace and international cooperation" in the African nation, especially his "decisive initiative" to resolve the two-decade border conflict with Eritrea, it was announced on Friday (11 October).

He was named as the winner of the 100th Nobel Peace Prize in Oslo.

"His reforms give many citizens hope for a better life and a brighter future," Efe news quoted the Nobel committee as saying in a statement.

His efforts deserve recognition and need encouragement, it added.

"The Nobel Committee hopes the prize will strengthen Prime Minister Abiy Ahmed in his important work for peace and reconciliation".

He freed thousands of opposition activists from jail and allowed exiled dissidents to return home.

A total of 301 candidates had been nominated for the prestigious award, including 223 individuals and 78 organisations, the BBC reported.

There had been great speculation over who would win the prize, with the 16-year-old Swedish climate activist Greta Thunberg widely tipped as the favourite.

Last year's Nobel Peace Prize went to Congolese Denis Mukwege and Iraqi Nadia Murad, both of whom received awards for "their efforts to end the use of sexual violence as a weapon of war and in armed conflicts".

The Peace Prize is the only one of the six prizes awarded outside Sweden, in Oslo, at the request of Alfred Nobel, as Norway was part of the Swedish kingdom at the time.

This story has been published from a wire agency feed without modifications to the text. Only the headline has been changed.)