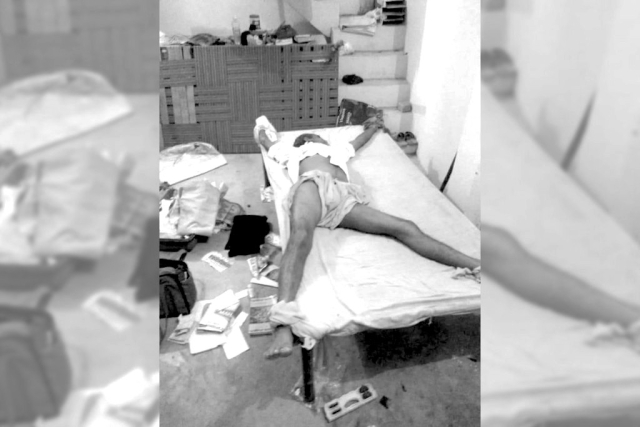 Five men associated with those suspected of cow slaughter have been arrested by the Uttar Pradesh police in connection with the killing of two Hindu priests, a Press Trust of India report published by the Business Standard says.

The men, identified as Salman, Nadeem, Shahzad, Majnu and Jabbar, were reportedly arrested on Saturday. Eight members of the group are absconding, the Director General of Police has said in a statement.

According to the report, the men had killed the priests as they were passing on information to the police “that resulted in the arrest of the accused's family members and relatives for suspected cow slaughter (sic)”.

The five men have confessed to killing the priests, NDTV reported.

The incident had happened inside a temple in Kudarkot, around 180 km west of Lucknow, on Tuesday night. The men had tied the priests to their beds before stabbing them multiple times, the police had said. The accused had also broken the lock of the donation box to paint the entire incident as a loot, it added.

The dead priests have been identified. Around a dozen police teams headed by senior officials were formed to investigate the murders. Chief Minister Adityanath had given the police time till Sunday to solve the case.