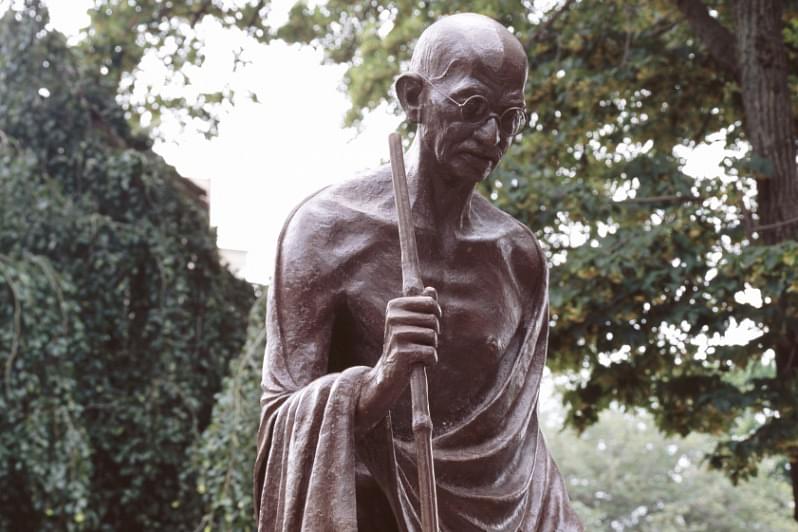 Construction work on Mahatma Gandhi’s statue in the African Nation of Malawi has been temporarily halted after anti-Gandhi campaigners won an injunction on Wednesday (31 October), The New Indian Express has reported.

The injunction was filed by “Gandhi Must Fall” group against the statue which was being erected as a part of $10 million deal with New Delhi in the commercial capital Blantyre.

The statue is part of a deal between India and Malawi to build a convention centre in Blantyre .

In the high court, the campaigners argued that the statue celebrated Gandhi whom the group accused of using racial slurs during his lifetime.

"Being black people ourselves, such remarks have invited a sense of loathing and detestation of Gandhi," said the group in their application.

The group gave 18 grounds on which it raised objections on the construction of the statue.

Based on the application by the group, the High Court Judge Michael Tembo gave an order of suspending work on the statue until the hearing of the substantive matter or a court order to the contrary.

A petition has been signed by more than 3,000 Malawians opposing the statue. The petition says that Gandhi, who was instrumental in Indian freedom movement, has done nothing for the southern African country.

Earlier, Isaac Munlo, an official of the Foreign Ministry of Malawi had defended the statue by saying that Gandhi had promoted values of simplicity and also fought against social evils. He said that Gandhi is a role model of human rights campaigner for both Africa and India.