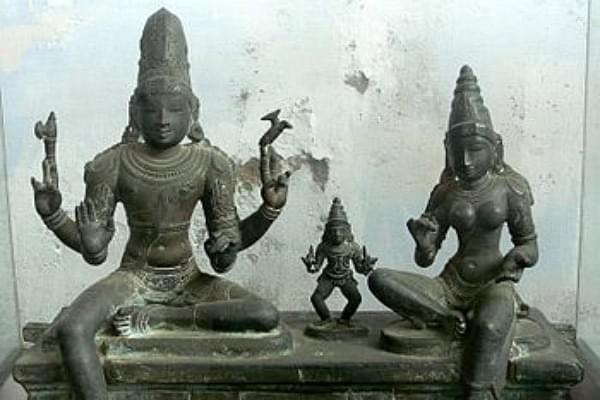 The idol wing of the Central Investigation Department (CID) produced the idols of Lord Somaskandar and Goddess Ezhuvaarkuzhali Amman belonging to the Kancheepuram Sri Ekambareswarar temple before the Additional Chief Judicial Magistrate Court at Kumbakonam on Thursday (25 October), The Hindu has reported.

The alleged misappropriation of gold in the making of the two idols has led to the arrest of the former Additional Commissioner of Thiruppani, Hindu Religious and Charitable Endowments Department, M. Kavitha, by sleuths from the Idol wing on 31 July.

After measuring the two idols in the presence of the Additional Judicial Magistrate, it was found out that the Idol of Somaskandar stood at two feet and weighed 110 Kg while the idol of Ezhuvaarkuzhaliamman stood at three feet and weighed 60 Kg. The idols are to be kept at the icon centre inside the Kumbakonam Nageswaran temple according to the orders of the court.

The idol wing has named nine people including the former Additional Commissioner in a case registered in connection with misappropriation of gold in the making of the two idols.