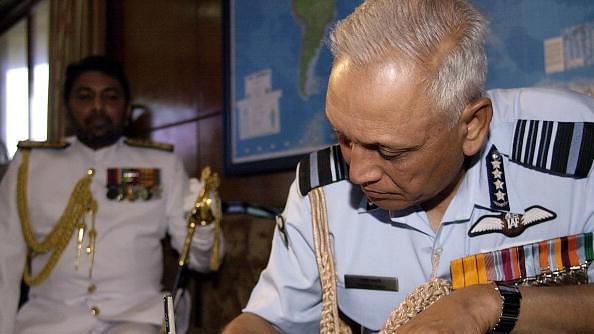 The AgustaWestland chopper deal probe, which began with a bang, slowed down over the past few months due to alleged non-cooperation by former Indian Air Force chief T S Tyagi, the Central Bureau of Investigation (CBI) has said.

The CBI also claimed that it was analysing a heap of documents that had been provided to them by various countries, including Italy.

CBI's spokesperson Devpreet Singh said that the bureau had to analyse at least 1.5 lakh pages of documents, before the order was issued to arrest the former chief of the India Air Force.

CBI officials have claimed that Tyagi's questioning will help them unearth and understand better the web that had been created to push the deal through.

Tyagi is the first high profile arrest in the controversial choppers purchase case, along with his cousin Sanjiv alias Julie Tyagi and lawyer Gautam Khaitan.

The retired air chief is likely to be produced before the court today. The CBI will seek his custody for interrogation.