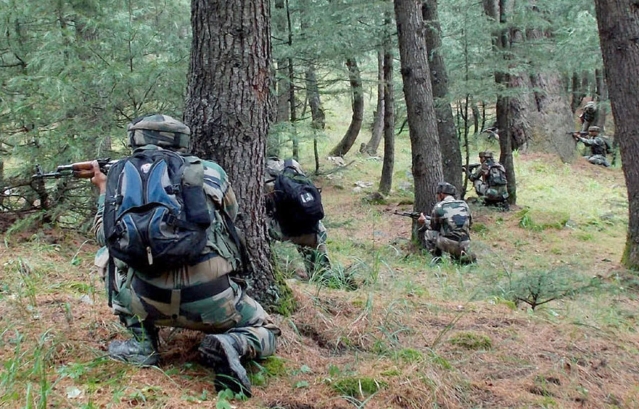 Three Pakistan-based terrorists were killed while attempting to infiltrate into Indian territory across the Line of Control in Jammu and Kashmir on Monday (1 June).

Defence sources said: "In an ongoing counter-infiltration operation since 28 May 2020, alert troops of Indian Army eliminated an infiltration bid along the Line of Control in Naushera Sector."

The terrorists were heavily armed and were trained in Pakistan. The security forces are carrying out search operation in the area.

The counter infiltration started after intelligence agencies raised an alarm of terrorists try to sneak into India to carry out unrest in Jammu and Kashmir.

The agencies said, Pakistan is trying to push terrorists across the LoC. According to the intelligence agencies, two groups of unidentified terrorists, concentrated at Pakistan Post and Sardari, opposite Gurez Sector, were planning to infiltration.

The agencies also pointed that another set are Jaish-e-Mohammed-led unidentified terrorists are concentrated at Kel and Tejian which is opposite Machhal Sector and were planning infiltration.

Senior Indian Army officer stated that around 15 launch pads across Line of Control in Pakistan-occupied Kashmir are full with terrorists.

The officer stated that they anticipate an increase in infiltration attempts from across the border this summer to replenish the diminishing terrorist cadres in the valley.