Indian Railways Cancels All Booked Tickets For Travel Till 30 June; Only Shramik, Special Trains To Continue 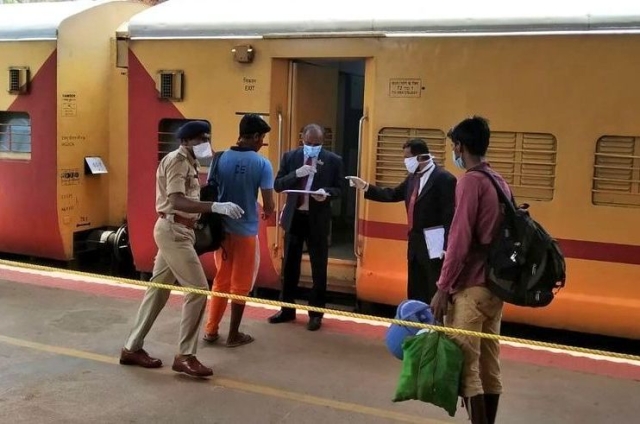 In a major development, the Indian Railways has cancelled all the tickets booked earlier to travel on or before 30 June, reports India Today.

The Railways has further announced that it will provide refunds to passengers who had booked the tickets in the said period.

Regular train services, including Mail, Express, Passenger, and Suburban have been cancelled, said a notification issued by Director, Passenger Marketing, Railway Board.

"The competent authority has desired that all tickets booked for trains for the period up to June 30, 2020 may be cancelled and full refund generated," it added.

However, the Shramik specials and other special trains, ferrying migrant workers, travellers and passengers, will continue to operate.

There is an indication that the railways might soon start mail, express as well as chair car services. Notably, the Railway Board on 13 May issued an order introducing the provision of waiting list tickets not only for its operational special trains but for more such trains "to be notified in due course".

The Railways started 15 pairs of Special Rajdhani trains from Tuesday. Shramik Special trains to transport stranded migrant workers, students, pilgrims and tourists were resumed from 1 May.

The railways has suspended Passenger, Mail and Express trains since 24 March. Only freight and special parcel trains are in operation to ensure supply of essential commodities across the country.