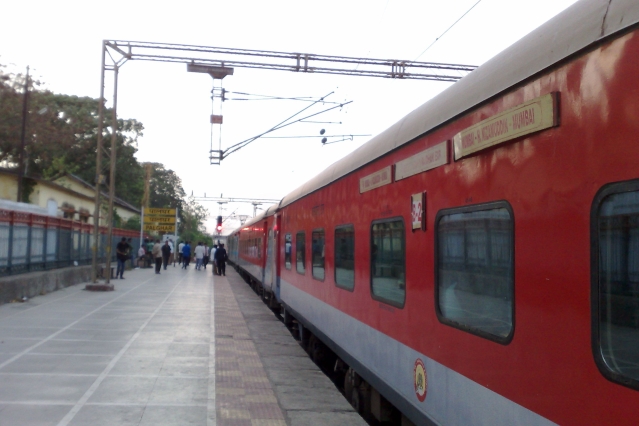 The train runs with an engine on the front and one at the back. This means that there is no need to attach-detach bankers in the ghat sections and subsequently cuts down the journey time.

The Central Railways’ 22221/22222 Rajdhani Express was inaugurated on 19 January 2019 on a bi-weekly basis. Its frequency was later increased to four times a week and now the train will operate every day from 19 January 2021. The train now leaves CSMT at 16.10 hrs and reaches Hazrat Nizamuddin at 10.05 hrs. It then leaves Hazrat Nizamuddin at 17.15 hrs and arrives at CSMT at 11.50 hrs.

Explaining the increasing popularity of this train service, the Railway Ministry stated, “The train got such a huge response that within less than a month of its launch, two additional AC-2 Tier and AC-3 Tier coaches were added. This train was no less than a blessing for people staying in the Central suburbs beyond Thane and Kalyan, since it provided them the option to travel in Rajdhani Express with boarding facility at Kalyan.”

The train has a solitary first AC coach, five AC-2 tiers, 11 AC-3 tiers along with a pantry car. The increase in the train’s frequency will further help improving connectivity between the national and the financial capital of the country.