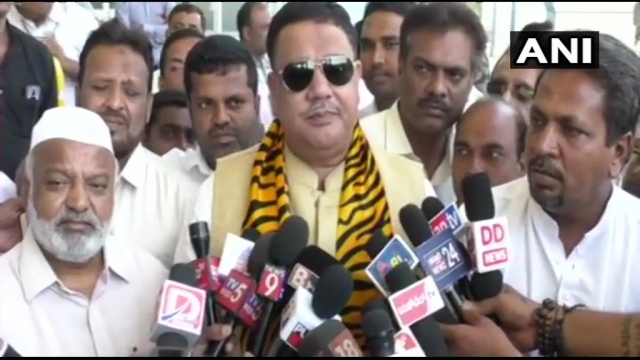 Tanveer Sait, a five-time MLA from Narasimharaja Mysore, who was attacked with a sharp machete by a youth during a marriage reception at Banni Mantap in Mysuru on Sunday (17 November) continues to be critical, reports Times Of India.

Tanveer Sait suffered serious deep cut injury in his neck and was operated on by a team of doctors at Columbia Asia Hospital before being shifted to ICU around 4.30 am. The surgery went on for over five hours from 11.30 pm on Sunday (17 November).

At present he is on continuous observation and doctors at the hospital say they can't say anything until 78 hours, according to family sources.

"Almost all the nerves except the spinal nerve is damaged. A part of the ear too is cut in the attack," a Congress leader told TOI. A clear picture of his health condition will be known after medical tests including scanning of the injured region that is scheduled around 10am.

The attacker who has been identified as one Farhan was caught immediately and handed over to police by his supporters.