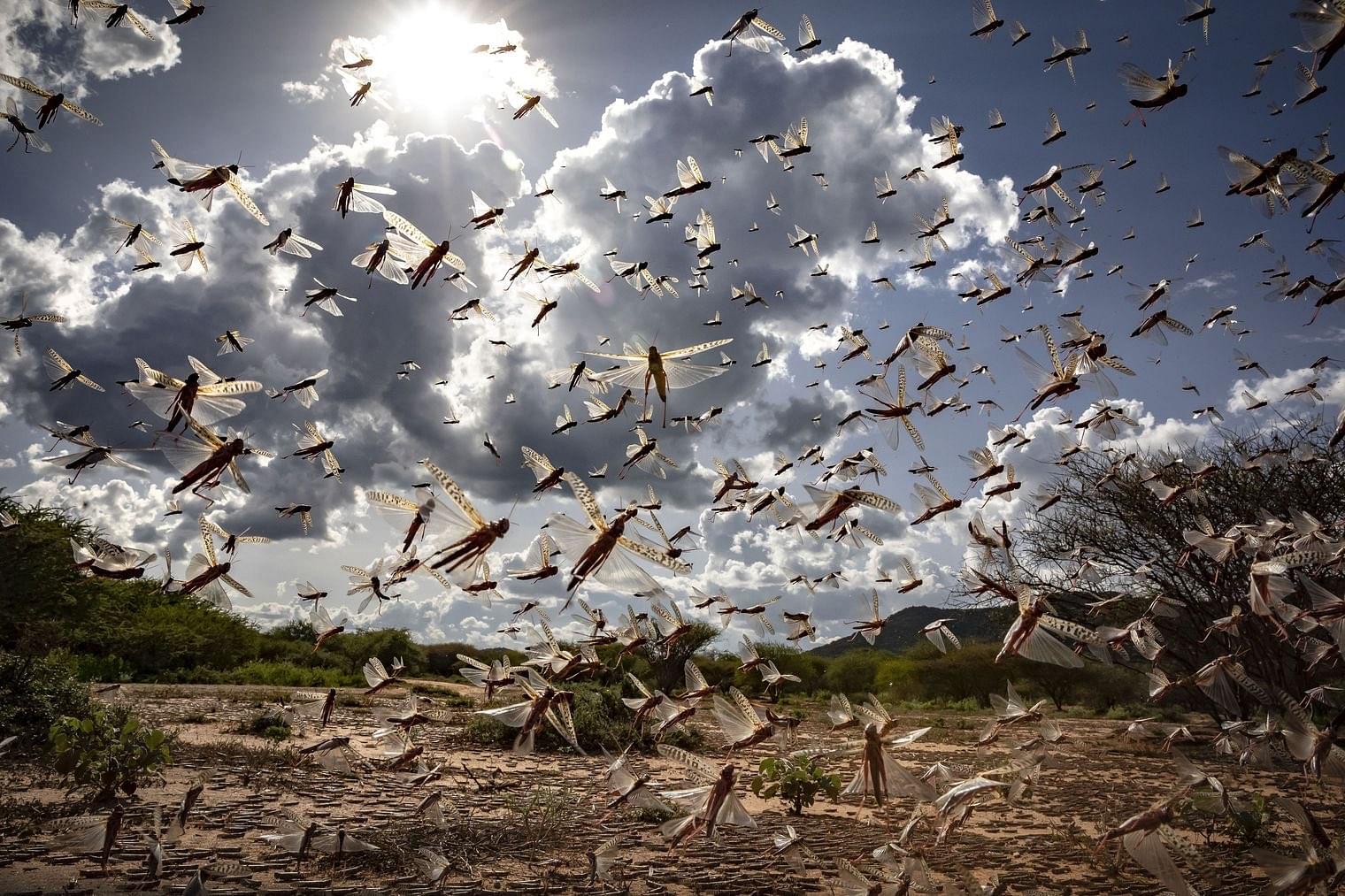 The desert locust situation in Pakistan was fast deteriorating and swarms have found a new corridor from Afghan­istan to attack agricultural fields in Khyber Pakhtunkhwa, it was reported on Friday.

Crop losses have been reported in several areas of Khyber Pakht­unk­h­wa, particularly in Dera Ismail Khan district, from where these loc­ust swarms were entering Punjab thereby posing a serious threat to the food basket of the country, said the Dawn news report.

Winding up the debate on locu­sts in the National Assembly on Thursday, Minister for National Food Security and Research Syed Fakhr Imam said the government was keeping a vigil on the movement of swarms of desert locusts entering Pakistan from four countries: Ethiopia, Somalia, Eritrea and Djibouti via Saudi Arabia, Yemen and Iran.

He said that new swarms of des­ert locusts would enter Baloc­histan from Iran over the next two weeks, adding that the province was already the worst-hit with its 33 districts already invaded by insects.

The Minister added that the federal government was in close coordination with the Food and Agri­­c­ulture Organisation (FAO) which was keeping Pakistan informed on a daily basis on the movement of locust swarms in the region.