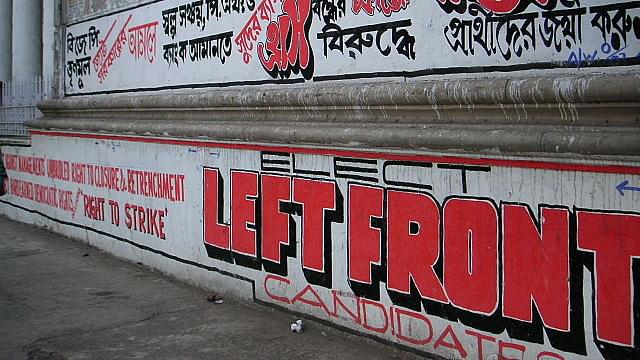 In what many view as a bizarre turn of events, the Left front has announced on Wednesday (20 March) that it will be fielding two candidates in Lok Sabha seats held by the Congress which has virtually drawn curtains on the discussion for a poll pact in Bengal.

It was announced a day earlier that the Left Front will be nominating 38 Lok Sabha candidates in Bengal, but did not announce candidates for the four seats which the Congress won in previous elections, which prompted the grand old party to reciprocate on Wednesday by announcing that it will not contest in five constituencies, reports Hindustan Times.

However, the Congress Rajya Sabha MP Pradip Bhattacharya, who announced the party’s decision on Wednesday, flayed Left Front chairman Biman Bose for setting a ‘24 hour deadline’ (which expired on 4:30 pm, Wednesday) for the Congress to withdraw from two seats which the Left won in 2014.

The deadline was set expecting the Congress to withdraw its candidates from the two constituencies - Raiganj and Murshidabad .

“The LF chairman virtually issued a whip by setting a 24-hour deadline for us to withdraw candidates in the two seats (of Raiganj and Murshidabad). We would not respond to his whip,” said Bhattacharya.

The Congress has so far announced candidates for only 11 out of the 42 seats in the state so far.

The desperation to retain an eroding political base has brought the Left Front and Congress close in the state, in spite of being bitter opponents for decades.