LPG Consumption In India Drops For First Time In Five Years; Diesel Use Shrinks By 4.80 Per Cent 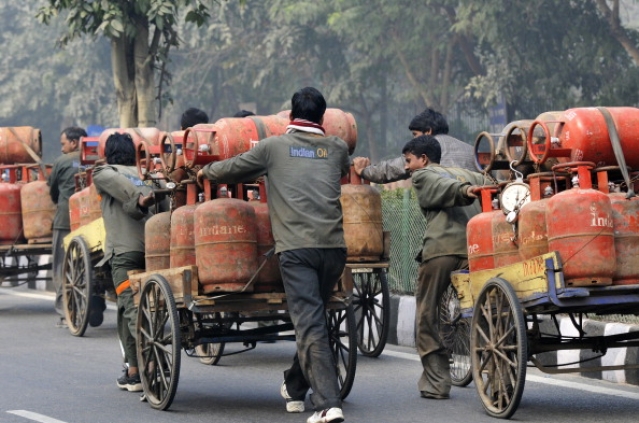 The monthly consumption of petroleum-based products in November has dropped by 1.7 per cent to 17,273, reports the Economic Times.

Data from the Petroleum Planning and Analysis Cell (PPAC), the statistical arm of India's oil ministry, shows the decline in use of Liquefied Petroleum Gas (LPG), diesel, kerosene and petcoke.

The LPG consumption has decreased in November for the first time in five years and two months. Data from PPAC shows, LPG usage in November 2018 dropped by 7.34 per cent to reach 1,842 tonnes, against 1,988 tonnes in November 2017.

The consumption of cooking gas has increased over the past few years because of the increase in LPG usage under the Pradhan Mantri Ujjwala Yojana (PMUY), with state-owned Oil Marketing Companies (OMCs) distributing 5.84 crore LPG connections.

The consumption of Aviation Turbine Fuel (ATF) reached 683 tonnes in November, growing by 5.07 per cent against last November. Despite the rise of the use of pet-coke by the cement industry, according to PPAC, consumption of the polluting fuel witnessed a decline of 2.26 per cent to 1,856 tonnes.