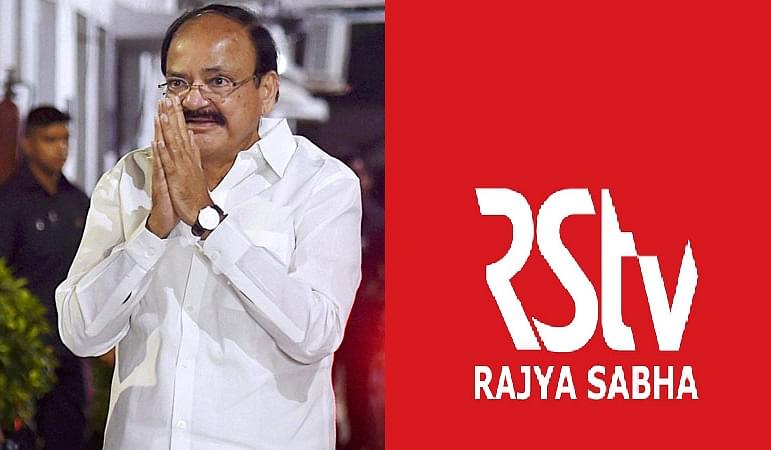 Vice President M Venkaiah Naidu, who also serves as the ex officio Chairman of the Rajya Sabha, has ordered expenditure and manpower audit of Rajya Sabha TV (RSTV), which has incurred costs to the tune of Rs 60 crore annually, the Indian Express reports.

Naidu, according to the daily’s report, raised questions on the expenditure incurred by the channel on renting office premises, hiring cabs and producing a feature film. The channel has incurred an expenditure of Rs 375 crore since its launch in 2011.

“Naidu has questioned why a TV channel which was mandated to cover Rajya Sabha proceedings, news and official functions would get into producing a feature film,” the daily has quoted an unnamed official as saying.

The channel, which is owned and operated by Rajya Sabha, does not come under the Ministry of Information and Broadcasting and remains free from government control. Although the channel’s revenue goes to the Consolidated Fund of India, it has recently received the permission to use the revenue it earns by distributing its programmes. The channel has opened a bank account for this purpose.

Naidu has also raised questions on the channel’s decision to not buy an office fro itself. He has directed the channel to find out if buying an office space would be more economical than spending Rs 25 crore annually on rents.

The channel has also been asked to find out possible areas of rationalisation of expenditure and manpower, suggesting the channel to explore a working relationship with Prasar Bharatai. “Since RSTV is also a public broadcaster, it was directed to find ways to build a system where a synergy could be developed with Prasar Bharati,” the source added.