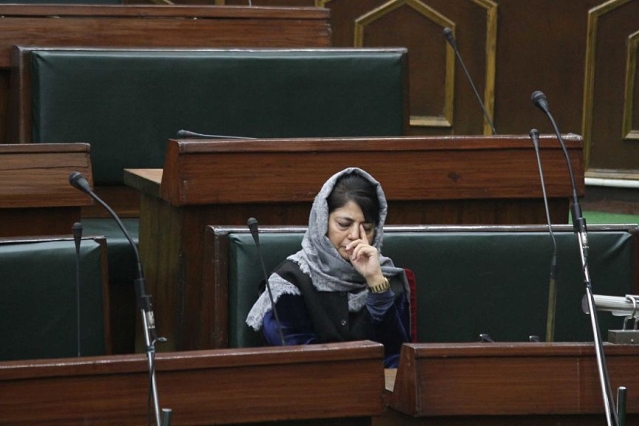 Following a request by her daughter Iltija Mufti for her mother to be moved to a warmer residence in light of Kashmir’s harsh winter, former Jammu and Kashmir chief minister Mehbooba Mufti has been shifted to the government residential quarters near Lal Chowk in Srinagar, reports The Indian Express.

“She was shifted in the afternoon today. We had requested the government to shift her because the hut where she was kept was not fully equipped for Kashmir’s winters. I had written a letter a month ago,” Iltija said on Friday (15 November).

Till now, Mehbooba Mufti had been put up at a hut in Chashma Shahi. She is the first detained mainstream politician from the Kashmir Valley who has been shifted for the winter months.

Other than the cold, it was also necessary to move her since all government officials who were staying in the Chashma Shahi area had already relocated to Jammu as part of the winter Darbar move, and the security arrangements there had to be kept in place there solely for the PDP chief. The same can now be withdrawn.