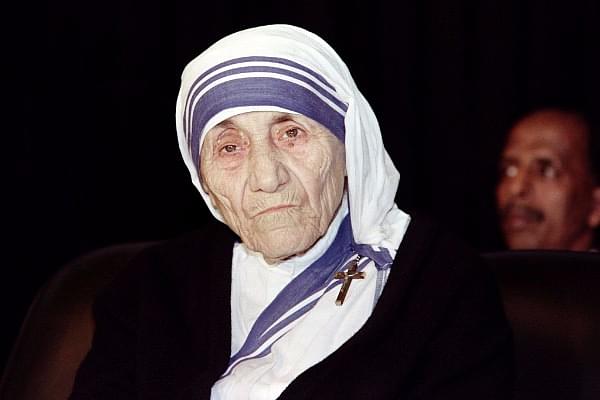 Had Mother Teresa withdrawn her ‘huge’ savings in the Vatican Bank, the institution could have defaulted, an Italian journalist named Gianluigi Nuzzi’s has said in his newly-released book ‘The Original Sin’.

When American archbishop Paul Marcinkus was appointed president of the Vatican Bank by Pope Paul VI in 1970, Mother Teresa was believed to have “by far the most cashed-up account,” the book has revealed.

"If only Mother Teresa had closed the accounts or transferred them, the institute would have risked default," Nuzzi writes, according to a report in La Presse.

In his book, the Italian author has explained how the discovery of Mother Teresa’s bank account is proof of Marcinkus’ meddling in Vatican affairs.

“There is a power block in the Vatican that obstructs Pope Francis' reforming action just as it did with Benedict XVI – it existed with Marcinkus and his parallel management of the IOR – and it still exists today," Nuzzi said.

"Her [Mother Teresa] account in the Vatican bank is proof that these gentlemen were and still are within the Curia and they trust them. They were also trusted by Mother Teresa, who, as is told, entered the Ior by a secondary door and was welcomed by Monsignor De Bonis, Marcinkus's right arm,” the book reads.

“From that moment their power strengthened day by day, the book reads, De Bonis knew the bank in all its ins and outs. He skilfully moved within the sacred buildings, appearing to be more acquainted with the cinema’s jet set than with the needy souls of the faithful – he was closer to the man of the Roman palaces than to the poor of Mother Teresa,” Nuzzi writes, according to Affaritaliani.