Mumbai Metro To Get Bigger: Contract For 378 Coaches To Be Finalised By October End 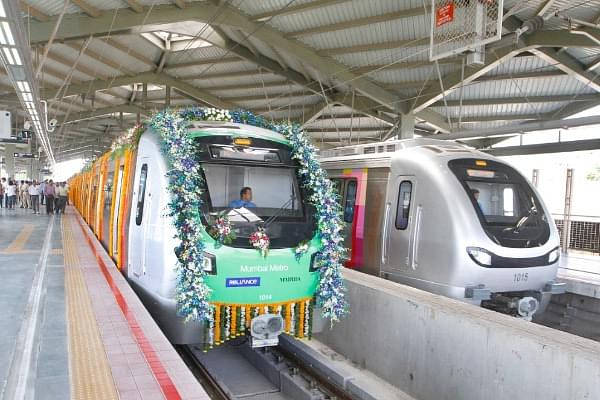 Mumbai Metropolitan Regional Development Authority (MMRDA) will finalise the contract for 378 coaches by the end of October, Metro Rail News has reported. These coaches will cater to the needs of three metro lines.

The coaches are being procured by the Delhi Metro Rail Corporation (DMRC). DMRC is the nodal agency for Metro 2A (Dahisar to D.N. Nagar), Metro 2B (D.N. Nagar to Mandale) and Metro 7 (Andheri East to Dahisar East). Pravin Darade, Additional Metropolitan Commissioner, MMRDA told that the financial bids and cost will be analysed before awarding the contract.

The contractor who wins the bid will be responsible for providing rolling stock, signalling and telecommunication, platform screen doors, lifts and automatic fare collection gates at the metro stations.

The bids were delayed because the funding organisation Asian Development Bank had objected to ‘Make In India’ stipulations of the project.