New Study: Covid-19 May Have A ‘Temperature Sweet Spot’ At Which It Spreads Fastest; Cases Rise Up To A Peak Of 8.72°C 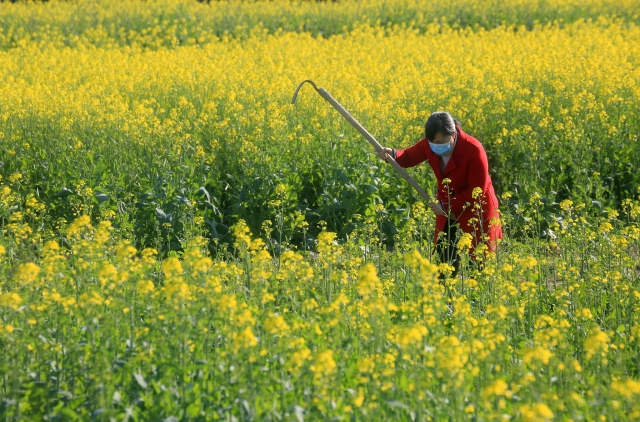 The underlying novel coronavirus that causes Covid-19 may have a temperature sweet spot at which it spreads fastest, a new study by a team from Sun Yat-sen University in Guangzhou, the capital of south China’s Guangdong province, South China Morning Post reported.

Yet to be peer-reviewed, the study that was published last month, has suggested heat had a significant role to play in how the virus behaves.

“Temperature could significantly change Covid-19 transmission,”the study noted. “And there might be a best temperature for viral transmission.”

According to the study, Covid-19 case numbers rose in line with average temperatures up to a peak of 8.72 degrees Celsius and then declined.

The study was based on every novel coronavirus case confirmed around the world between January 20 and February 4, including in more than 400 Chinese cities and regions. The team then modelled these cases against official meteorological data for January from across China and the capital cities of each country affected.

Lending some credence to conventional wisdom that high temperature could potentially prevent the spread of the virus in warmer countries, the study said that the virus is highly sensitive to heat.

The study noted that given that virus appears to spread faster in colder regions, the countries and regions with a lower temperature must adopt the strictest control measures.

Many national governments and health authorities around the world are banking on the coronavirus losing some of its potency as the weather warms up.

Even US President Donald Trump is on record saying that he expected the coronavirus outbreak to disappear in April due to hotter weather. "The virus... typically that will go away in April," he told reporters last month, adding: "The heat, generally speaking, kills this kind of virus."