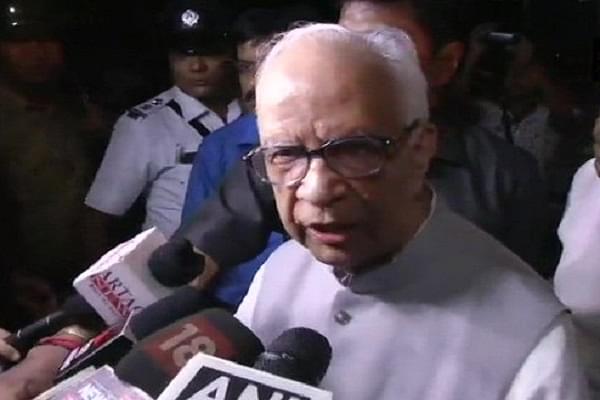 West Bengal Governor Keshari Nath Tripathi, who is set to leave office after a five year stint, has made remarks criticising the “appeasement policy” of the state’s Trinamool government under Chief Minister Mamata Banerjee, reports PTI.

He called upon Banerjee to treat all citizens equally, indicating that her government’s appeasement policy was having a negative consequences on social harmony.

"Chief Minister Mamata Banerjee has got vision, she has the power to implement her decisions but she should exercise restraint too. She becomes sentimental on occasions, so she has to keep a control on it," he stated.

The governor also emphasised the need to improve the state of law and order in West Bengal.

"I think a lot of improvement is required in the law and order situation. I do not know why people are adopting violence. There may be a political reason, a communal reason or influx of Bangladeshis and Rohingyas or several other causes," he remarked.

Tripathi specifically said that at the lower level, policemen had a tendency to side with one political party or another, leading to a lack of confidence in the police.