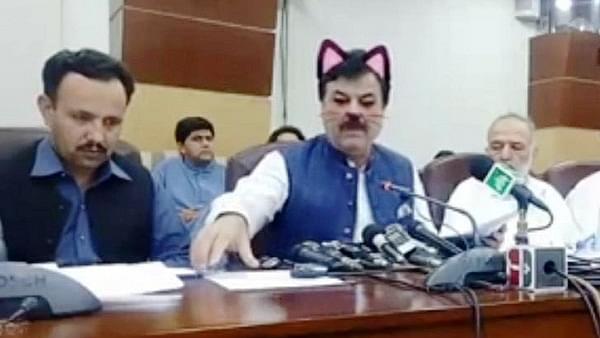 The provincial government of Pakistan’s Khyber Pakhtunkhwa region on Friday (14 June) became a butt of online jokes after it streamed its press conference on Facebook while enabling the cat filter.

This comes just a day after Pakistan’s Prime Minister Imran Khan had goofed up during the SCO meet in Bishkek, when he went and sat down during the opening ceremony while all the other world leaders were required to stand as per protocol to welcome the host head of state.

Khan had stood up briefly during the event when his name was called but then again proceeded to sit down while all other world leaders remained standing.