Panamagate: Sharif Served Notice By The Supreme Court. Is Army Calling The Shots In Pakistan? 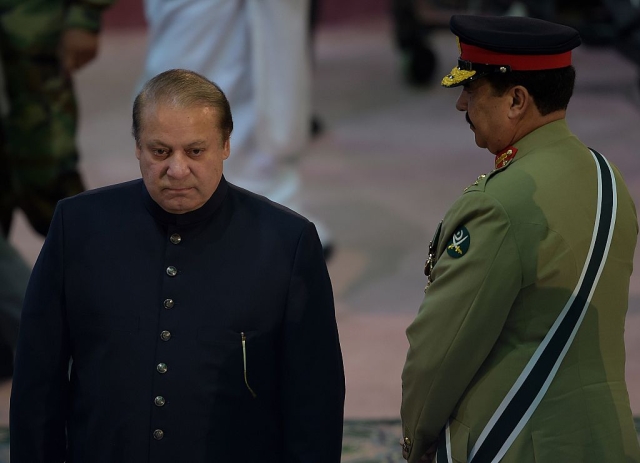 Pakistan’s Supreme Court on Thursday issued a notice to Prime Minister Nawaz Sharif, his family members and others in the "Panama Papers" scandal on petitions seeking his disqualification over alleged corruption.

The petitions maintain that the Prime Minister and his dependants were involved in establishing offshore firms as exposed by the Panama Papers, and that he concealed assets of his dependants and also concealed the truth from the National Assembly. The petitions also add that he is no longer eligible to hold office under Articles 62 and 63 of the Constitution, the Dawn reported.

Following a high-level meeting in the capital, Sharif welcomed the Supreme Court's decision on the case. Earlier, Sharif had proposed an investigation by a team of retired judges. The proposal was steadfastly rejected by the opposition, demanding his resignation from office.

Interestingly, this is not the first time that a serving Prime Minister in Pakistan is being charged with corruption following a major setback to civil-military relations. A similar condition emerged when the country’s democratically elected government, led by Benazir Bhutto, was charged with corruption and dismissed twice between 1990 and 1996 on the directions of the Pakistan army.

The petition was filed by Tehreek-i-Insaf, Jamaat-i-Islami, Barrister Zafar­ullah Khan of Watan Party, Awami Muslim League Chief Sheikh Rashid Ahmed and Advocate Asad. Most of these organisations are said to have cultivated close ties with the Pakistan army. Therefore, army’s involvement in the case can’t be ruled out.