PM Modi To Release Third Instalment Of Rs 2,000 To 6 Crore Beneficiaries Under PM-KISAN Today In Karnataka 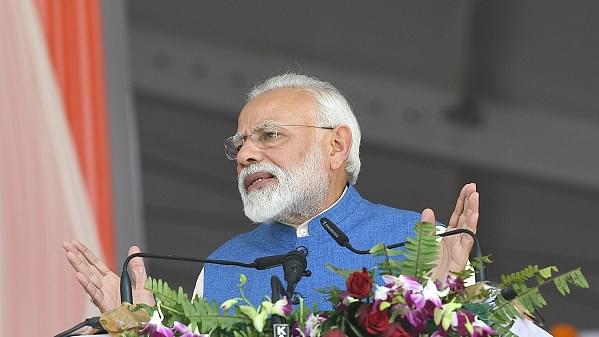 Prime Minister Narendra Modi will release the third installment of Pradhan Mantri Kisan Samman Nidhi (PM-Kisan) of Rs 2,000 on Thursday (2 January) for the period December 2019-March 2020 to benefit six crore beneficiaries at a public meeting in Tumkur in Karnataka, a government statement said on Wednesday (1 January).

More than Rs 2,000 crore was released to over one crore farmers' families across the country in the first two installments. The amount is being released in three four-monthly installments of Rs 2,000 each to be credited into the bank accounts of the beneficiaries held in destination banks through direct benefit transfer mode.

In February last year, the Union Cabinet chaired by the Prime Minister had approved the PM-KISAN scheme, seeking to provide income support to all small and marginal landholder farmers' families with cultivable land holding of up to two hectares across the country, by way of payment of Rs 6,000 per year.

Modi will also hand over certificates to the beneficiaries under the PM-KISAN scheme from eight states and Union Territories.

He will distribute Krishi Karman awards and Commendation awards to the states at the public meeting to progressive farmers. At the same event, the Prime Minister will also hand over the keys of deep sea fishing vessels and fishing vessel transponders to select farmers of Tamil Nadu.

He will also distribute Kisan Credit Cards (KCC) to select farmers of Karnataka.