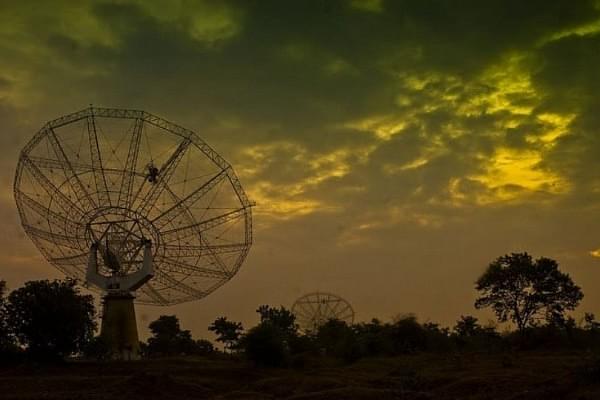 An international team of astronomers have discovered the most distant radio galaxy using the Giant Meter-wave Radio Telescope (GMRT) in Khodad, near Pune, Phys.org has reported. GMRT is an array of thirty fully steerable parabolic radio telescopes of 45 m diameter. It is operated by National Centre For Radio Astrophysics (NCRA), an arm of the Tata Institute of Fundamental Research (TIFR).

Located 12 billion light years away, the radio galaxy has been named TGSS J1530+1049. The outcome of the study was accepted for publication in the Monthly Notices of the Royal Astronomical Society.