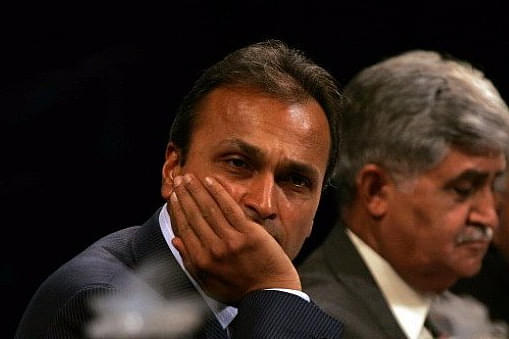 In a letter dated 12 December 2017, Anil Ambani tried to convince Congress President Rahul Gandhi about the experience and competence of his company to participate in the execution of offset of the Rafale deal, Business Standard has reported.

While highlighting the relationship that his family has had with the Gandhis over the decades, he said that he was "saddened" by the "unfortunate statements" made by Rahul Gandhi and other party members about the Rafale deal.

"Not only do we have the necessary experience but we are also the leaders in several important areas of defence manufacture," he wrote on the last day of campaigning for Gujarat assembly polls. Ambani mentioned that these statements may have been made during the heat of the election season. He added that Reliance Defence had the largest shipyard in the private sector at Pipavav in Gujarat. Ambani also added that his company is currently building five offshore naval patrol vehicles and 14 fast patrol vehicles for the Indian Coast Guard.

Ambani highlighted that the government had no role in the deal between Dassault and Reliance, which was signed between two private players.

Further, he added that the joint venture of the two companies would lead to the creation of thousands of jobs and provide valuable skill sets to Indian engineers in aerospace and defence manufacturing sector. The project would also create several opportunities for Indian MSMEs, SMEs and startups, and enhance their experience, Ambani tried to impress upon Gandhi.

"It's not experience but the mindset, dedication, and the purpose, of a strong India that should engage us all", Ambani tried to convince Gandhi regarding the 'experience' jibe launched by the Congress President.

Similar letters have been sent to other Congress leaders, including communications department in-charge Randeep Surjewala.

Rahul Gandhi has been accusing the Prime Minister of changing the details of the deal which was being negotiated by the United Progressive Alliance and paying a higher price to benefit "one businessman". The Congress president attacked the government on the issue during his address in Parliament during the no-confidence motion on 20 July 2018. However, the Congress president has been slammed for being low on facts in his speech.