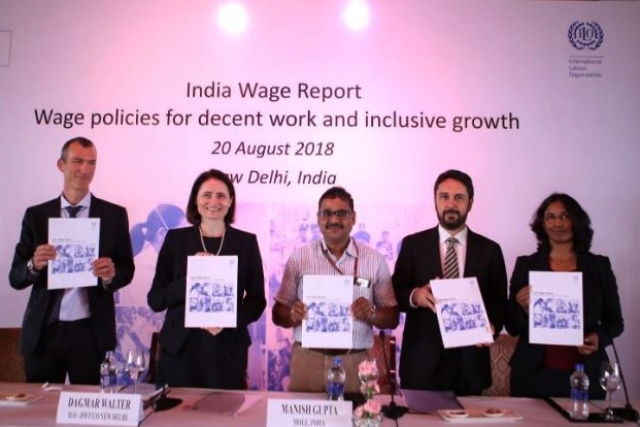 International Labour Organisation (ILO) said that the real wages in India between grew twice during 1993-2012 even though the economy grew by four times during the period, Livemint has reported. Real wages are wages adjusted for inflation.

During the past two decades the gross domestic product (GDP) of India grew at an average of 7 per cent per year, which translates to a fourfold growth over two decades, ILO claimed in the India Wage Report.

“Average wages increased more rapidly for women than for men and rose faster in the unorganised than in the organised sector. These are all positive achievements. Nonetheless, low pay remains pervasive, and wage inequality is still very high. In 2011–12, the average wage in India was about 247 rupees (INR) per day, and the average wage of casual workers was an estimated INR 143 per day”, the report [PDF] said.