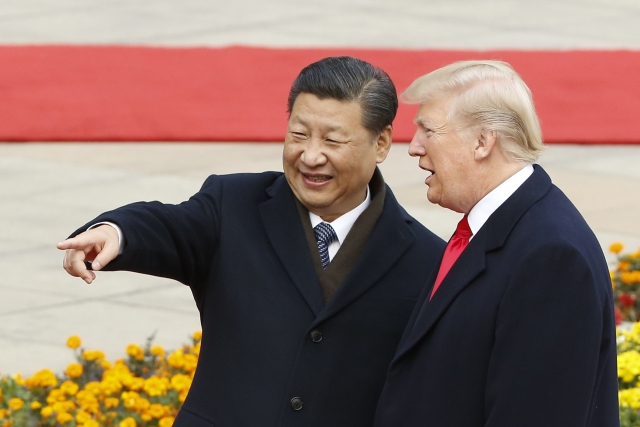 According to The Wall Street Journal, the Trump administration has asked Beijing for a $100 billion reduction in the trade deficit. The paper, citing people familiar with the talks, reported that the US officials raised this request in a meeting with Chinese President Xi Jinping's top economic advisor Liu He when he was in Washington last week. Liu himself was quoted saying that that narrowing the vast bilateral trade deficit was in China’s interest as China moves away from an export-led growth model.

Liu, who reportedly enjoys the complete confidence of Xi in all matters economics,  was on a  mission to defuse the trade tensions between the two nations after Trump not only ratcheted up rhetoric on trade front  but also translated it in to specific policy actions aimed at containing China.

Earlier this year, Trump administration has decided to slap a whopping 30 per cent tariff on  solar cells and washing machines imported from China. The decision came in response to complaints from domestic United States (US) solar panel manufacturers that the Chinese government was massively subsidising production of solar panels and cells and leveraging the cost advantage to flood the US with cheaper models, making domestic manufacturing unviable.

China has been asked to develop a plan for the year of a One Billion Dollar reduction in their massive Trade Deficit with the United States. Our relationship with China has been a very good one, and we look forward to seeing what ideas they come back with. We must act soon!

As per estimate available last year, US trade deficit in goods with China stands at a whopping  $375 billion. Trump is attempting to alter the terms of US-China trade. He has often blamed for China for wrecking American manufacturing and causing enormous loss of jobs.

A possible way for China to reduce the trade deficit is to buy more petroleum and agricultural products from the US and  opening up new sectors of domestic economy to US investors.

Trump has also warned of impending action against China over intellectual property abuses.

The U.S. is acting swiftly on Intellectual Property theft. We cannot allow this to happen as it has for many years!