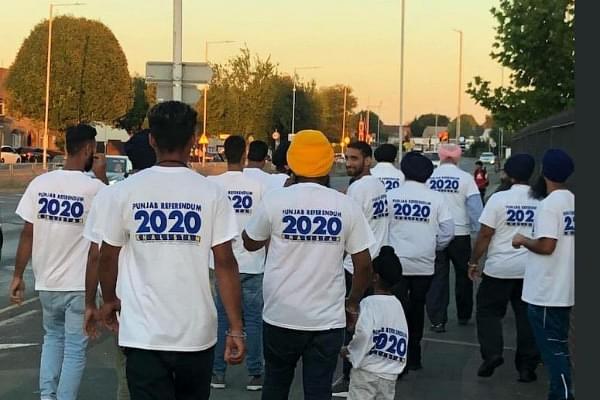 After Indian security agencies exposed that the Pakistani spy agency ISI was fanning the ‘Referendum 2020’ program, radical political group, Dal Khalsa has said that the so-called referendum is just an opinion poll for Sikhs residing oversees, ANI has reported.

In a statement reportedly filled with ‘disappointment and pessimism’, Kanwarpal Singh the Dal Khalsa spokesperson said, "The proposal for the `Referendum 2020' by Sikhs for Justice is not a referendum in real sense. It is a survey or an opinion poll to see how many Sikhs or Punjabi diaspora are in favour of separate Sikh state or sovereign state of Punjab so you cannot call it real referendum.”

Sikhs for Justice (SFJ) is an overseas organisation that has been drumming up the ‘Referendum 2020’ event which envisages separate country for Sikhs to be carved out of the Indian state of Punjab.

Singh also called the SFJ’s actions as slightly ambiguous and questioned as to how the organisation will achieve its objectives without taking the people of Punjab into confidence. He also accused SFJ of having alienated organisations like Dal Khalsa who have been campaigning for Khalistan since the last forty years.

Singh has demanded that the SFJ answer his question in the 12 August event the organisation plans to hold in London. The British government, while refusing to disallow the event, said that groups spreading hate and disorder will not be tolerated.

"We will not tolerate any groups who spread hate or deliberately raise community fears and tensions by bringing disorder and violence to our towns and cities and the police have comprehensive powers to deal with such activities," Sally Hedley, spokesperson for British High Commission in New Delhi said in a statement.