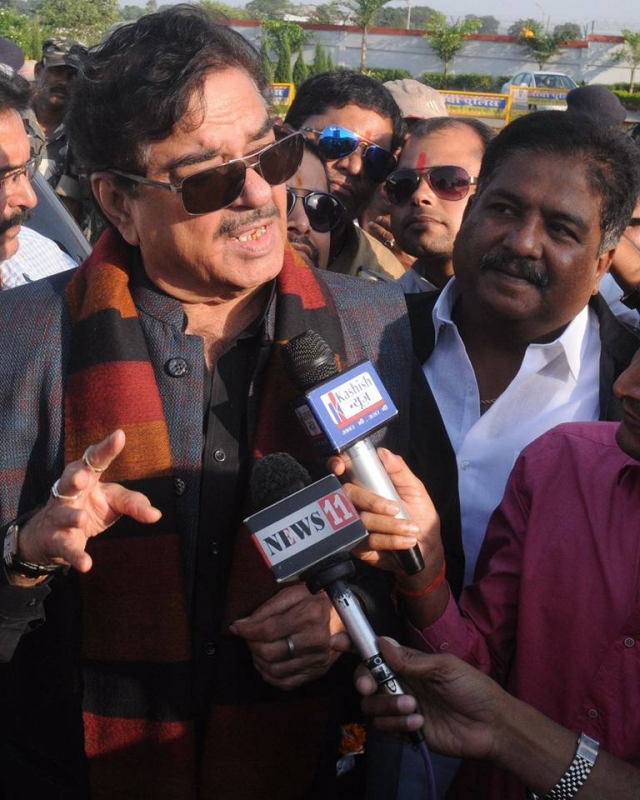 Veteran actor and politician Shatrughan Sinha on Sunday (31 March) said he decided to go with Congress as it was a national party in the “true sense” and family friend Lalu Prasad also advised him to do so, reports Hindustan Times.

Sinha, who was Lok Sabha member from Patna Sahib constituency in 2009 and 2014, reportedly claimed that leaders, including Trinamool Chief Mamata Banerjee, Samajwadi Party supremo Akhilesh Yadav and Aam Aadmi Party national convener Arvind Kejriwal, wanted him to join their respective parties. However, he made it clear that whatever be the situation he would be contesting for the Lok Sabha polls from the Patna Sahib constituency in Bihar.

According to the report, in an interview with PTI, Sinha said that he won from Patna Sahib in 2014 on his merit, without party’s support and feels that he could break his “previous records” in terms of victory.

On the question of why he decided to go with Congress, Sinha said one of the reasons is that Congress is a national party in “true sense”.

“Our family friend (RJD chief) Lalu Prasad also suggested ‘you go there (to the Congress). We are there with you and will be together politically also’. It was done with his (Lalu Prasad’s) permission and in agreement with him,” Sinha was quoted in the report as saying.