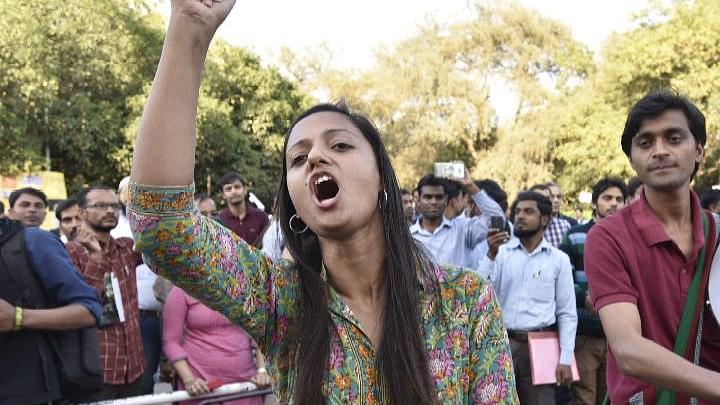 “Shora is going to join Shah Faesal, who is launching a new political party,” said a source as per reports by New Indian Express.

Shah Faesal quit his civil services office few months ago and is likely to contest from Baramulla. Faesal is expected to form his own political party in the next few days.

The 31-year-old student activist is the former vice-president of the Jawaharlal Nehru University Student Union (JNUSU) and is currently pursuing a PhD in Technology and Citizen-State Relations from the same university.

Shora attracted the limelight after she showed support to fellow student leaders Anirban Bhattacharya, Umar Khalid and Kanhaiya Kumar over alleged "anti-India" slogans at a protest against the execution of Afzal Guru in February 2016.

“She is getting a central position in the core team. She has been working closely with Faesal over the past few months and was involved in the decision-making process for the inception of the party,” added the source.