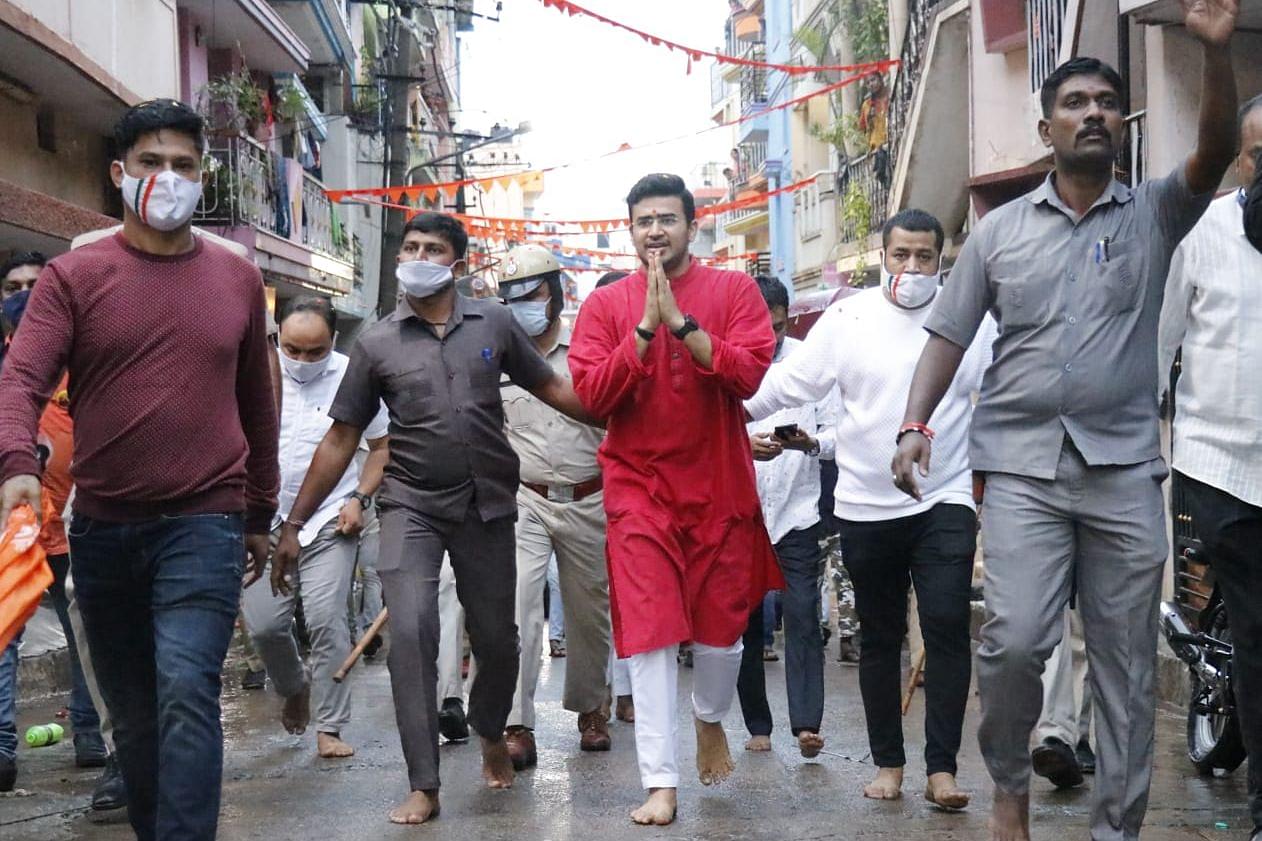 Surya alleged that Owaisi hasn’t allowed for development to take place in old Hyderabad and only facilitated the influx of Rohingya Muslims in the region. The 30-year-old minced no words for Telangana CM K Chandrashekhar Rao either. Surya mentioned that the TRS leader wishes to transform Hyderabad into a completely dominated Muslim city like Istanbul.

“Asaduddin Owaisi speaks the language of rabid Islamism, separatism and extremism which Mohd Ali Jinnah was also speaking. Laughable that Akabaruddin and Asaduddin Owaisi are speaking of development. They haven't allowed development in old Hyderabad, the only thing they allowed is Rohingya Muslims. Every single vote to Owaisi is a vote against India & everything that India stands for,” the MP from South Bengaluru elaborated.

Surya further cautioned that strengthening Owaisi in Hyderabad will enable him to spread his wings to other states like Maharashtra, Karnataka, Uttar Pradesh amongst others. This remark was perhaps a reference to the AIMIM emerging victorious in five constituencies in the recently concluded Bihar assembly elections. “We don't want razzakars to come back in the power. If you vote for Owaisi here he becomes strong in Maharashtra, Karnataka, Bihar and Uttar Pradesh,” Surya said.

The young parliamentarian asserted that his party will ensure that Hyderabad is turned into Bhavyanagar. Speculating that TRS is actually working in tandem with the AIMIM, Tejasvi Surya stated, “KCR wants to make Hyderabad Istanbul, the capital of Turkey - a 100 per cent Muslim country, and its president speaks against India. That's why they (TRS) are in alliance with AIMIM because they want Hyderabad of Pakistan. We will not let you make it Istanbul but will make it Bhagyanagar.”