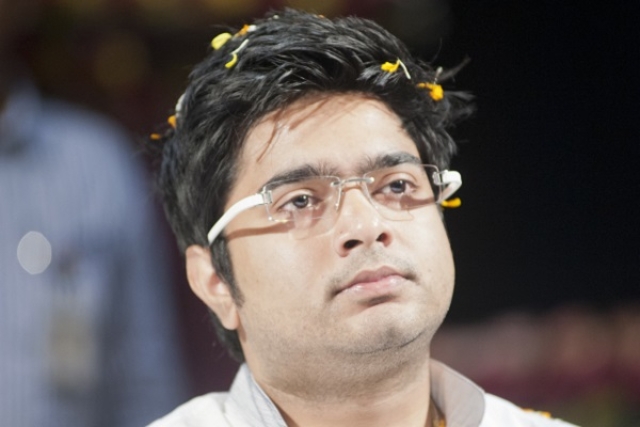 Abhishek Banerjee, the controversial nephew of Mamata Banerjee, is in the eye of a fresh controversy once again. And this time, it is about the identity of his father-in-law.

His wife Rujira, who reportedly holds a Thai passport, had named two different people as her father in documents submitted to the Government of India.

According to this report in the Hindustan Times, she has now been issued a notice by the Ministry of Home Affairs asking her to explain the discrepancies. The MHA notice to the wife of Abhishek Banerjee, a Lok Sabha MP, threatens to cancel her Overseas Citizen of India (OCI) card if she does not reply within 15 days.

Rujira Naroola (Abhishek’s wife), who was embroiled in a controversy last month, was issued a Person of Indian Origin (PIO) card on 8 January 2010, by the Indian embassy in Bangkok.

While applying for the PIO card, Rujira had mentioned her father’s name as Niphon Naroola. The Foreigners’ Regional Registration Office (FRRO) in Kolkata later accepted Rujira’s application to convert her PIO card to an Overseas Citizen of India (OCI) card, and she was issued the OCI card on 8 November 2017.

In her application to the FRRO, Rujira had appended her certificate of marriage to Abhishek Banerjee on 3 February 2013. But in this marriage certificate, Rujira’s father’s name reportedly is Gursharan Singh Ahuja.

The MHA letter dated 29 March 2019 and signed by deputy secretary Manoj Kumar Jha says: “The central government has examined the matter and noticed the discrepancies mentioned above and is prima facie of the opinion that the registration of Ms Rujira Naroola as an OIC cardholder is liable for cancellation in the interest of general public under Sub Clauses (a) and (e) of Section D of the Citizenship Act, 1955”.

“Rujira Naroola, an OCI cardholder, is hereby called upon to show cause as to why she has made a false representation and concealed material facts while submitting documents before the Competent Authorities to get her OCI and PAN cards. If no reply is received within 15 days from the date of issue of this notice then appropriate decision in the matter would be taken on merit on the basis of available records by the Central Government”, it added.

Rujira has been accused of concealing her identity as a foreigner while applying for a PAN card on the basis of her OCI status. A PIO cannot apply for the PAN card or open a bank account in India while an OCI card holder can do so and even purchase non-farm property in India.

The fact that Rujira is a Thai passport holder came out in the open only after she was reportedly searched by Customs officials in Kolkata airport.