Under Yogi Government’s Dastak Campaign, Every Child In 38 Districts Of UP Vaccinated Against Encephalitis 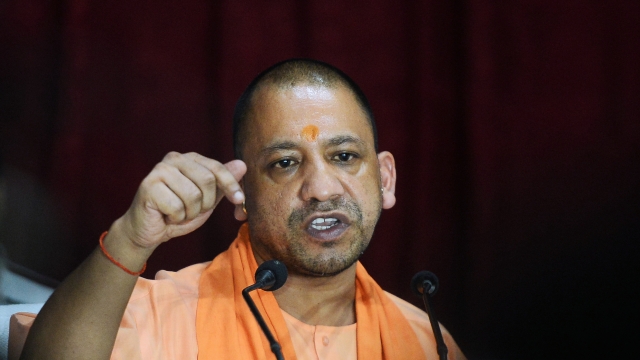 The Dastak Campaign launched by the Yogi Adityanath government in February has resulted in vaccination of every child against Japanese Encephalitis (JE) and Acute Encephalitis Syndrome (ASE) in 38 affected districts of Uttar Pradesh.

A big shout out to #UttarPradesh for immunizing every child in the state against Japanese Encephalitis and Acute Encephalitis Syndrome under the #Dastak campaign! ð#VaccinesWork for #DimagiBukharSeJung#EveryChildALIVE #WorldImmunizationWeek @CMOfficeUP @MoHFW_INDIA pic.twitter.com/4ww8aCdgOx

According to reports, teams formed by the government went door to door in JE and AES affected district. These districts, mostly in the eastern part of the state, account for 60 per cent of total cases reported in the country.

"Vaccination should be completed by March-April and special emphasis should be on sanitation and cleanliness drive in villages by creating awareness among people. Help of educational institutes and self-help organisations should also be taken for this," Chief Minister Adityanath had said wile launching the campaign.

According to data released by the Directorate of National Vector Borne Diseases Control Programme, over 26,000 cases of encephalitis were reported in Uttar Pradesh between 2010 and August 2017. Of these, 24,668 cases were of AES and 2,018 of JE. While over 4,000 died of AES during the given period, at least 308 JE deaths were registered in the state.

While the vaccination of every child in the state is a major achievement, a report by the Centers of Disease Control and Prevention of the US Health Department indicates that scrub typhus is a cause of AES. According to the report, a study conducted during the 2015 outbreak revealed scrub typhus IgM in over 60 per cent of AES cases. Therefore, vaccination against JE may not be sufficient.

Also Read: This Is What UP Government Is Doing To Fight The Encephalitis Scourge