US Court Refuses To Take Away Work Permits Of Spouses Of H1B Visa Holders, Sends Lawsuit Back To Lower Court 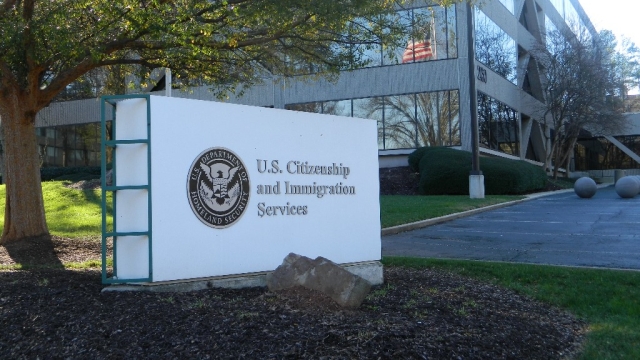 US Immigration Office (Representative image) (US Citizenship and Immigration Services/Wikipedia)

In what may come as a temporary relief for Indians living in the United States, an American court denied to scrap the rule that allowed the spouses of H-1B visa holders to work in the US, Livemint reported.

The rule was issued in 2015 by former US president Barack Obama granting work permits for certain categories of H-4 visa holders, mainly the spouses of the H-1B work visa holders waiting for their green cards.

Indians, particularly women, were among the biggest beneficiaries of the rule, which several US employees have opposed over the years, especially with the current Trump administration backing their cause.

Saying that it was “best to remand” to give the district court an opportunity to assess and determine the merits in the first place, a three-judge bench of the US Courts of Appeals for the District of Columbia Circuit on Friday (8 November) sent the case back to the lower court.

"Accordingly, we reverse the district court's grant of summary judgment and remand for further proceedings consistent with this opinion," the federal court said in its order on the lawsuit filed by Saves Jobs USA, a group of American workers.

Several American nationals have expressed their concerns over the rule claiming that they have been laid off due to the Obama administration’s work permits to H-4 visa holders.

The court also noted, the government has informed that H-1B non-immigrants and their families often experience delays in getting permanent residence, and H-4 visa holders’ inability to find work during the delay in process creates “personal and economic hardships”.