Watch: Congress Candidate For Kannur Releases Video Claiming It Is Better To Educate Son Over Daughter 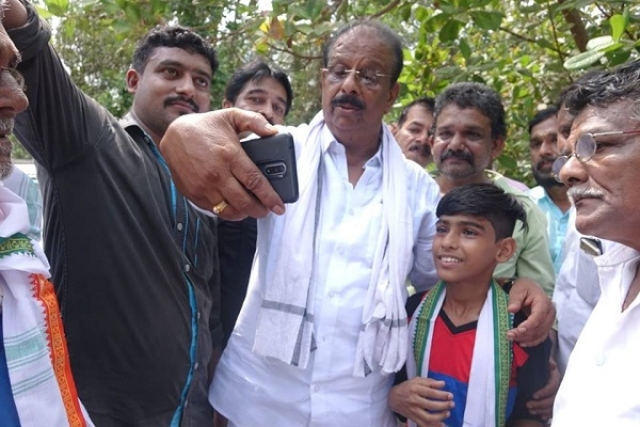 Congress Lok Sabha candidate from Kannur, K Sudhakaran, has released a campaign video on his Facebook page which conveys the message that it is pointless to educate one’s daughter, and instead, sons should be given priority, reports Financial Express.

The video is about the son and the daughter of a man asking their father about their shares to be inherited in his property. The father is seen talking about the issue with his friend, with his son then entering the picture. The son argues that his sister was unsuccessful in completing tasks, and leaves angrily.

The father explains to his friend that his daughter had failed to complete the task because she did not have the capability of comprehending the issue, saying that, “It was a waste educating her and making her a teacher!”.

The friend concurs with this view and says that it would have been better if the father had sent his son to be educated instead of his daughter.

“He is a man. If he goes, he will only come back after achieving his goal,” he remarks.

The video was intended as a jibe against Sudhakaran’s main competitor in the constituency, LDF candidate and incumbent MP P K Sreemathy ‘Teacher’.

Instead, the campaign message has generated furore on social media for propagating blatant sexism.

Sudhakaran had also previously made remarks seen to be sexist towards women. He had once said that the chief minister of the state was ‘worse than a woman’ and had also previously used the word prostitute to describe the minor victim in the Suryanelli trafficking case.