Watch: The Viral Video Of An Asian Doctor Dragged From A United Airlines Plane 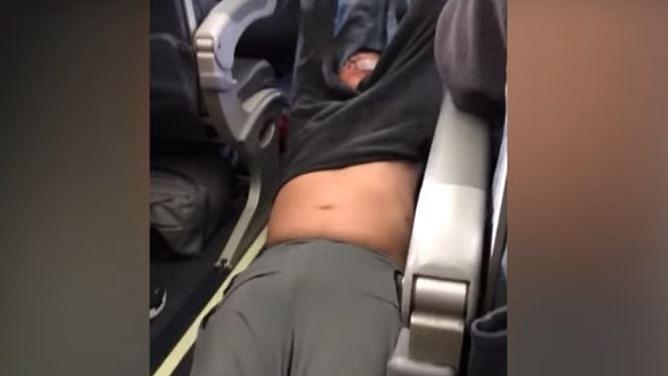 The passenger being evicted

Deeply disturbing mobile phone footage has emerged of an Asian man forcibly dragged off a United Airlines flight on Sunday (9 April). The passenger, who refused repeated requests to get off the apparently overbooked flight, was seen screaming as a security officer pounced on him, evicted him from his seat and dragged him down the aisle by his arms.

A spokesperson of the airline in an email statement confirmed that "Flight 3411 from Chicago to Louisville was overbooked.”

"After our team looked for volunteers, one customer refused to leave the aircraft voluntarily and law enforcement was asked to come to the gate.

"We apologise for the overbook situation. Further details on the removed customer should be directed to authorities."

According to a report in Louisville-based The Courier- Journal based on an eyewitness account, the passengers were informed by the airline staff at the gate that the flight was overbooked and it was offering them up to $400 and a hotel stay for those volunteering to take another flight to the same destination scheduled to depart later. All passengers with valid boarding passes were allowed to board the flight. An inflight announcement said that four passengers needed to give up their seats for stand-by United employees who needed to be in Louisville on the following day (Monday) for a flight. Passengers were told that the flight would not take off until the United crew had seats and even after the offer was increased to $800, no one volunteered. An airline manager came aboard the plane and informed that the computer would select four people to be taken off the flight. One couple was selected first and left the airplane before the man in the viral video was confronted. However, he steadfastly refused to leave and security officers resorted to their strong arm tactics.

Overbooking is a standard practice in the airline industry. Lucrative deals are then offered to travellers with flexible schedule and works well as a profit maximisation strategy. Forcible eviction of passengers though is rarely done.

Oscar Munoz, CEO of United Airlines' parent company, apologised for the incident that resulted in vicious trolling of the airline. Munoz said he was "upset to see and hear about what happened" at O'Hare. He added, however, that the man dragged off the plane had ignored requests by crew members to leave and became "disruptive and belligerent," making it necessary to call airport police.