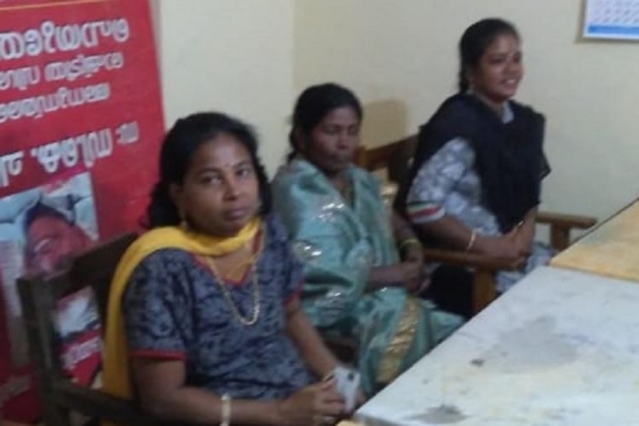 Kozhijampara police arrested three women from Tamil Nadu who were on their way to the Vavar mosque at Erumely in Kerala. Vavar mosque located en route to the Sabarimala hill shrine is frequented by several Ayyappa devotees as part of their pilgrimage itinerary,

Vavar mosque, however, like most Muslim places of worship, does not permit women to enter the prayer hall.

“The women had announced that they would enter Vavaru mosque in retaliation for women entering at Sabarimala. Hence they were arrested in the border while trying to enter the state," Kozhinjampara police told local media.

According to The News minute, the three women, identified as Revathy and Susheela Devi hail from Tiruppur and Gandhimathi in Tamil Nadu’s Tirunelveli. They are associated with the Tamil Nadu based Hindu Makkal Katchi (HMK).

The group has been slapped with charges under section 153 A of the IPC (Promoting enmity between different groups on grounds of religion, race, place of birth, residence, language, etc) and will be presented before the magistrate after the police record their arrest.

Sampath also said that he would send women devotees to the Vavar mosque which is consistent with Kerala government’s policy of encouraging women to visit places of worship while resisting traditional practices.

Last week, acting on the instruction of the Chief Minister’s Office, two ultra-left activists Bindu Ammini and Kanaka Durga were smuggled into Sabarimala Temple in the wee hours using state power. This was termed by many as mocking the faith of millions of Swami Ayyappa devotees, who have respected the temple’s tradition.

They were declared heroes ('sheroes' to the hardcore feminist) in the cause of gender equality and religious freedom. Many devotees saw it as a malicious bid by the CPM led Left front government to trample on Hindu sentiments.

The latest arrest of Hindu activists is likely to be viewed as another instance of CPM’s hypocrisy and double standards which has been accused of trying to destroy the Sabarimala temple tradition and infringing upon the rights of innocent devotees.