Why This Bias? Bengaluru DCP Says No To ‘Vibhuti-Kumkum’ But Fails To Notice Other Religious Symbols 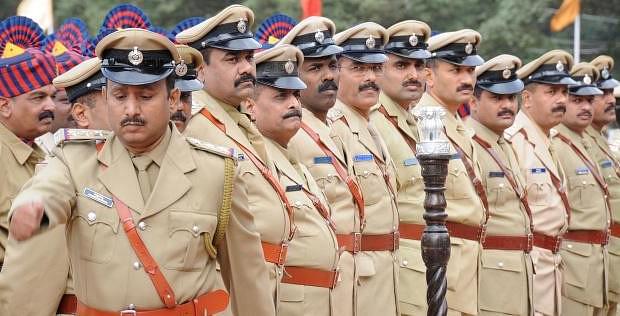 The Deputy Commissioner of Police (DCP) Kishore Babu of the City Armed Reserve of Bengaluru has issued a circular to his force prohibiting “acts that demonstrate religious bias”, India Today has reported.

In the circular issued by the DCP, the police force has been ordered not to use vibhuti-kumkum (sacred ash and red turmeric powder) on their forehead. It also prohibits them from tying sacred threads on their hands as the DCP believes that such things promotes communal biases.

The circular doesn’t stop there. It also directs women in the police force to refrain from wearing earrings and bangles, as the police manual doesn't allow it.

However, there is no mention about officers of a certain religious community growing beards or fasting during certain holy month or bar them from professing their religion by praying on Fridays during office hours. Wearing other religious symbols like the cross, turbans, kadas also fail to qualify as religious bias. Incidentally, the police manual also fails to cover these aspects.

This circular is a clear violation of a citizen’s right to practice his or her own religion without fear and interference. Also, the fact that the circular doesn’t call for discontinuation of practices belonging to other faiths, points to religious bias.