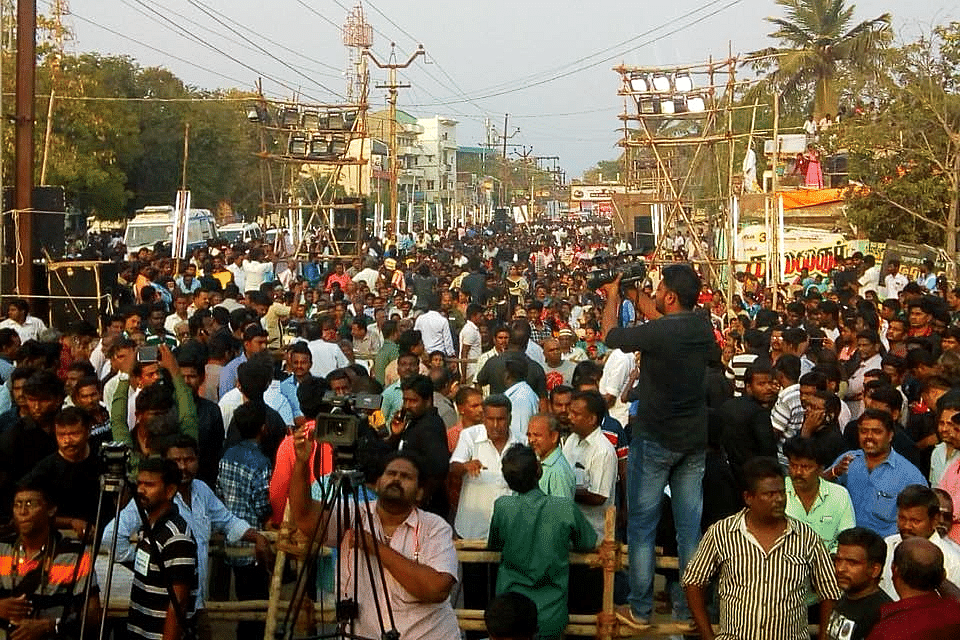 Protests demanding closure of Sterlite plant in Thoothukudi in front of the factory’s gate.

The Central government’s plan to construct a new highway from Salem to Chennai as part of the Bharatmala scheme has run into trouble. Villages in Dharamapuri, Salem, Tiruvannamalai and Krishnagiri have come together to form 150 village-level committees to oppose the Rs 11,000 crore project, reported Times of India.

According to the report, which cites intelligence agencies, tension was simmering among the villages against the highway. Members of 26 organisations have joined hands to form a front called Greenfield Highway Opposition Coalition to oppose the project.

Last week, Tamil media reports said that after instigating violence in Thoothukudi, some of the organisations that were promoting separatism were targeting the highway project to instigate unrest. Some of these organsiations’ cadre have gained a foothold among the villagers opposed to the project.

Intelligence agencies are keeping a watch on these developments .

Intelligence sources apprehend violence if the government begins the process of acquiring lands for the highway project. The coalition opposing the highway project has roped in farmers whose lands have been earmarked for acquisition. The group has set up over 50 village-level committees in Tiruvannamalai district and plan to set up more such in other districts. One of Naam Tamilar party leaders and actor Mansoor Ali Khan, who faces land grabbing cases against him, had warned of bloodshed if the Centre goes ahead with the highway project.