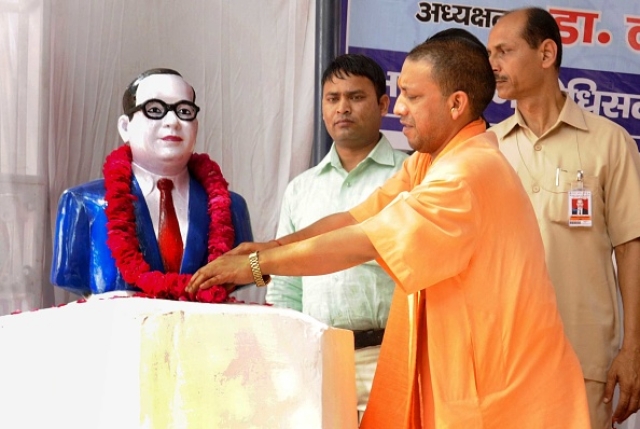 Yogi Adityanath-led Uttar Pradesh government has passed an order to change the use of 'Dr Bhimrao Ambedkar' to 'Dr Bhimrao Ramji Aambedkar' in official documents and records, Times of India has reported.

As per government officials, this is because Dr Ambedkar used 'Ramji' as his middle name when he signed his name on the pages of the Constitution. The order aims at "correcting" his name, they say.

The proposal had come from Uttar Pradesh Governor Ram Naik and found support in Babasaheb Dr Bhimrao Ambedkar Mahasabha. Naik had appealed for the name change in a letter addressed to Prime Minister Narendra Modi, the Mahasabha and Adityanath in 2017. The UP Chief Minister has now accepted the proposal.

"Ramji was his father's name. As per common practice in Maharashtra, father's name is used as a middle name for sons,” Mahasabha director Dr Lalji Prasad Nirmal was quoted by The Times of India as saying.