A Bihari In A Foreign Land 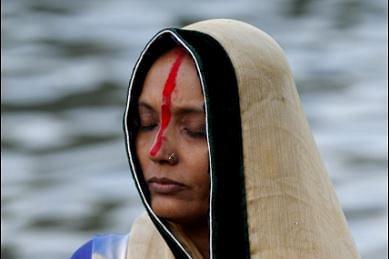 “No matter where I go, I will carry my own little corner of the world with me”

I left home at the age of 16, moving from the small town of Ranchi in what was then Bihar to the capital, Patna, and then on to big bad New Delhi, the capital of India. Whatever the political merits of the JP Movement, a permanent result of it was the ruin of higher education in Bihar and the flocking of students from Bihar to study in Delhi. I was part of that trend.

Was it then that I became an expatriate or was it when I moved to Switzerland many years later?

‘Bihari’ was not exactly a term of abuse then but definitely a pejorative term, used for us small town girls who had come to the top women’s college in India. It made me aware as I had never been before, of my ‘lesser’ identity as a girl from Bihar.

‘Purvanchal’ is an umbrella term for the region comprising both eastern Uttar Pradesh and Bihar. Interestingly, there is very little love lost between these two groups. Even though many micro cultural and religious beliefs and ways of life and celebration have similarities, or at least parallels, much energy is spent in establishing the differences between the two regions. Fellow Delhi University students from UP during the time I studied there looked at us with a jaundiced eye.

Delhi University had a thriving Bihari community of students and many specific celebrations and gatherings did happen there. Later, as a civil servant in India, I was posted across the country and found my fellow Biharis in groups everywhere celebrating their own festivals, eating their own food and holding on to their identity; sometimes to the detriment of opening up a bit.

Moving to Europe and Switzerland, where even Indian permanent residents are in short supply, what can I say about Biharis or Poorvanchalis!

Food, dress, festivals and cultural and religious practices are links with one’s identity in an expatriate world and one looks for them in other families and groups. I am from south Bihar, now Jharkhand, bordering Bengal, so many of these are strongly influenced by Bengal, especially Durga Puja celebrations.

Holi, Durga Puja, Chhath and Diwali have always been the milestones of my samvatsara, the year.

Bihari Holi is another name for a robust, perhaps rambunctious celebration. Pua, dahibada and colours. Not just gulaal or dry colour mind you, I have been used to playing with coloured water and indeed whatever came to hand. But not so in cold Switzerland in the month of March in a land where the concept is alien. Here, I had to tone myself down and be satisfied with a small coloured dot on the foreheads of my children’s friends.

Even fellow Biharis or Indians were not willing to brave the cold, or invest in the energy to clean the house after the festivities, a major consideration in this do-it-yourself country. As soon as I moved into my own house with a garden, Holi moved to the garden, no matter what the weather outside. If there was a blizzard outside, we have played Holi with coloured snowballs! My friends from other states find it difficult to understand my enthusiasm for this rowdy outpouring but have generally humoured me. The tradition lives on when my children celebrate Holi in their California college.

I must add here that Indian associations do not seem to have adopted this lively Bihari version of Holi, if at all any celebration marks it. Dandiya, Diwali and Eid seem to be the favourites. Colours are not popular much to my dismay. There is a strong Punjabi and Gujarati element to Indian celebrations, at least in my experience. The Bengali, Bihari Durga Puja is not popular, either.

Durga Puja was the annual highlight of a 10-year-old me and things have not changed much in that respect. New clothes for each day of the puja, special food, a community congregation for Saptami, Ashtami and Navmi, culminating in the spectacular Ravana Dahana on Vijayadashmi. These days were full of the peculiar activity called pandal-hopping where we went from locality to locality for darshan of the different and innovative murtis (idols) of Devi Durga with Shri Ganesh and Shri Kartikeya in her raudra roop as Mahishasuramardini. No such luck as an expatriate in Switzerland, although I believe that many cities in the US do have wonderful Durga Puja celebrations.

However, due to the Ramakrishna Mission, there is a wonderful murti of Devi Durga and a devoted three-day celebration even in dull Geneva. The flavours of Bengal and Bihar mix beautifully and create a special little enclave. Sanskrit shloka chanting, kumari puja and folk songs welcoming and then bidding farewell to Devi Durga, and enthusiastic participation by children make it a sweet, joyous and inspiring time of the year, just before Diwali.

Diwali is definitely more of an all-india festival than Holi or Durga Puja. Expatriates celebrate it with enthusiasm, playing cards, and get togethers are preferred by some people anyway. In Switzerland, due to stringent security regulations, fireworks and lighting of diyas is not a simple or easy task. Fireworks are classified as a controlled item and can be bought only for some time during July-September but can be, and are, in my case, hoarded till October.

In the small Swiss village where I live, no one has heard of Diwali and think of me probably as an eccentric early Christmas-lighting lover. In a strange twist, our house is the most popular for the Halloween trick-or-treat in the entire village – it being lighted up draws children to it and a steady supply of sweets has to be kept ready. I enjoy this amalgamation of Halloween and Diwali: in any case, the Hindu tradition says that lights and fire crackers are to light up the way for our pitrs (ancestors).

Chhath has made great strides across the world, although Lake Geneva has not yet seen the worship of Surya devta on its shores, stranger things have happened!

If Bihar and Jharkhand are defined by anything it is the warmth and friendliness of the people who have lived there or have roots there, and the identity is carried around wherever they may be in the world, along with the favourite thekua, the essential Bihari sweet snack and comfort food.

Perhaps, it is true that a Hindu expatriate can live in her own little bubble in her own society and home, but this bubble bumps inexorably with the outside world. Clueless but interested friends of the children who come to stay partake of the prasad of my daily puja and a short lecture on its meaning; Christian friends ask baffling questions about why worshipping so many ‘gods’ does not confuse us; colleagues in the international organisations where I work listen with interest to the concept of fasting when I decline to eat during an office party and admire my saris with pleasure and surprise.

I cannot fully remake my outside world to conform to my mental landscape but that is part of the experience of being an expatriate, it is the dissonance between the ghare and baire, to remake Tagore’s phrase in a slightly different but still fitting context. The idea though is to make a thousand Indias bloom across the world wherever you are.

That is the path of the expatriate, to make a piece of a foreign land redolent with the ancient sights and smells of a way of life so ancient no one knows the beginning.

I know I carry my world inside me. Never was this as heartwarmingly clear to me as when I met a friend’s wife for the first time in Grindelwald in the shadow of the Alps and with the Edelweiss blooming on the hillsides. Almost before I had finished my namaste and the first sentence, she exclaimed. ‘Oh, you are from Ranchi! I could make out the minute you opened your mouth!’

And I knew, no matter where I go, I will carry my own little corner of the world with me, a Bihari, a Jharkhandi out in the big, wide world.