A Season Of Shame: Long Way To Go Before Sexual Harassment Is Dealt A Blow 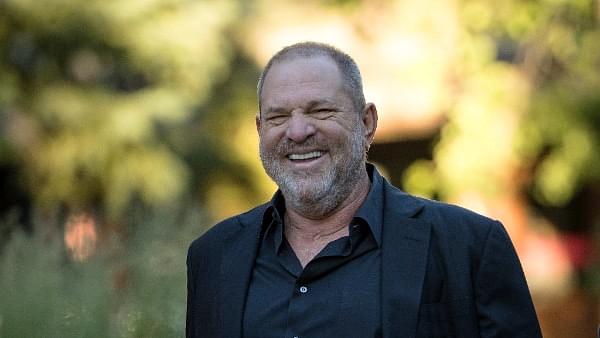 The flood of allegations that began with the Harvey Weinstein scandal is altering American work culture.

John F Kennedy, Ted Kennedy, Bill Clinton, Donald Trump, Bill Cosby, Harvey Weinstein, Eric Bolling, Roger Ailes, Bill O’Reilly, Matt Lauer, Tavis Smiley, Mark Halperin, Charlie Rose, John Conyers, Garrison Keillor, Al Franken… the list goes on in the United States (US). All of these names may not be familiar to Indian readers, but all of these men are Hollywood film and TV celebrities, politicians, and journalists, many of whom have gained notoriety in the last couple of months. They have all been shamed for sexually harassing their female colleagues at work, and in some cases male colleagues, as in the case of actor Kevin Spacey. It looks like both Democrats and Republicans have used sexual misconduct in an equal-opportunity fashion.

It appears that there are no real angels in American public life. In fact, some of the accused are hardcore religious conservatives, who preach strict virtues from their bully pulpit, but clandestinely carry on with immoral activities. The same is true of Bible-thumping evangelists and proselytisers, many of whom are cooling their heels behind bars for sexual peccadilloes and financial cheating. Most of them had to leave their positions, disappear, and face legal actions on their own. The groper-in-chief, who occupies the White House now, is hiding behind some protection conferred on the US President while holding office, but calls for his ouster are becoming louder. No one knows when he will have to face that sad day if all those women who accused him of groping or molesting press charges.

What is strange about American public life is that privately, a majority of citizens lead lives of moral turpitude, but the same public demands a very high order of personal morality from people who seek elected office. This issue becomes even more intriguing when after all, all these politicians must emerge from that same society. If one googles for sexual (mis)adventures in politicians’ lives, there is plenty of evidence of elected officials having got into trouble by having one or the other kind of peccadilloes ever since the founding of the nation in the 1700s. People got away with such egregious misconduct in the past, but in twenty-first-century America, an atmosphere of zero tolerance has emerged. Ladies who suffer are no longer shy of coming out in public to name and shame their attackers. This is sending a chill down the spine of those in authority, who thought they could get away with impunity. The American workplace has become a lot more sanitised, and all workers are expected to be treated with respect and dignity.

Sexual misconduct in the private sector is also a major issue and it has been tackled aggressively with firings, demotions, transfers, financial settlements, and even court action. Even the Indian company Infosys in America was not free of such misconduct by its country head. The company settled the case out of court and fired the perpetrator. Now, it is mandatory for all workers in government and private companies to undergo ethics and conflict-of-interest training every year, without which they cannot continue in the job. The issue of sexual misconduct in the workplace has gained significant coverage in the media in the past couple of months in the US, mainly because it involved mostly men in authority who took advantage of their positions through coercion and threat.

The flood of allegations of sexual harassment and assault that began with the Harvey Weinstein scandal has altered the work culture in America. Complaints about sexual harassment and assault continue to pour in at an unprecedented rate. It seems like it is more the norm than exception. The Association of American Universities recently released results of a survey that asked students at 27 universities about their experiences with sexual assault and misconduct, drawing responses from more than 150,000 students. More than 20 per cent of female undergraduates at an array of prominent universities said they were victims, echoing findings elsewhere, according to this, one of the largest studies ever of college sexual violence.

Expatriate Indians have struggled all this while to get into the higher echelons of administration in US universities, and have in the last few years started to occupy leading positions in American academia. Some have now been dismissed for sexually harassing their female colleagues. This is a shame for all expat Indians. The same goes for many Indian doctors, who overstepped their limit to sexually caress their female patients and have been barred from medical practice for life.

If one were to merely glance over the sexual harassment instances in the US and Europe, one wonders why this has become such a big issue only these days. Some argue that there has been sexual harassment of women ever since the two sexes started mingling at work and leisure. Sexual offences are all too common in places of worship as well. The simple answer is that times have changed. Women are aspiring to build their own competent professional careers and businesses and are unwilling to be cowed down by any so-called powerful male. Today’s professional women do not consider themselves to be in any way less than men. If some men think of taking them for a ride, they will not stand for it. Everyone desires and demands a stress-free work atmosphere and they want to contribute to the organisations and be recognised for their professional competence. They no longer wish to be a flower pot. These points have now been extremely well-recognised, and one of the conditions of employment for anyone, either in the public or private sector, is that they must respect all colleagues and conduct themselves collegially. There is clearly zero tolerance for any unprofessional behaviour in the US these days. There are no statutory limitations on sexual misconduct. Victims can bring up a case, however long ago the incident might have occurred.

The avalanche of complaints of sexual harassment in the US is daunting for anyone seeking to redress the situation. Mesha Gessen, writing in the New Yorker, calls it a “sex panic”. The culture of keeping quiet about sexual harassment, and the idea of victims coming out in the open after decades, complicates redressal mechanisms. For example, in the US presidential election campaign, competing candidates from within the same party, and the opposition, are always groping to unearth peccadilloes to bring down a candidacy. The search for the dirt is a very rewarding business, as mostly male candidates have done something or the other with some women, and once exposed, their political career is finished. It is also salacious. Most cases don’t reach the courts as the court of public opinion takes care of the problem very effectively. Protected by the power of their positions and money, most offenders do not suffer much consequence.

In India, most people are all too familiar with the recent notorious instances of sexual misconduct by men in power in politics, sciences and performing arts. Men still dominate the workplace. Women are still afraid of going public. Women are also still not safe in public places. Many Indian males still take women for granted, and seem to feel that they have a right over women. The Indian judiciary is also lackadaisical in its approach to dealing with court cases involving sexual misconduct. Society tries to blame women for putting themselves in compromising positions, and for not dressing or behaving or conducting themselves “appropriately”. The pity is that there are plenty of women who share this view.

The Indian public space has a long way to go to come to terms with granting proper respect and dignity to women. Some of the worst sufferers are women, who work at low-level jobs and are neither educated nor enlightened to assert their rights and freedoms. By and large, Indian society is still conservative. India might have elected its first woman prime minister, and might have been in the forefront of providing equal professional opportunities to women to enter all professions including the armed forces, but still at the most fundamental social level, Indian women need lots of emancipation.

Often, women are counselled to grow a “thick skin” to bear sexual harassment if it does not cross a certain invisible line. As more and more men are exposed, and public figures become pariahs, fixing accountability becomes extremely difficult. The twenty-first century world may be going down a slippery slope to neo-puritanism. There will also be a degree of blackmailing by women and other conspirators. But social norms are changing, and women at the workplace who are professionals and educated will no longer take it by laying low.

Humans like to be tied to group judgements. Dan Kahan, a professor at Yale Law School, argues that we rely more on our peers’ opinions than on actual laws to determine what behaviour is right or wrong. In fact, one commonly encounters groups of men pressuring the victim to just forget the incident or the episode to protect the aggressor. It is understandable that adults or even one adult might get attracted to a closely working colleague, but if the other party doesn’t consent, an educated first-mover must back off and treat the person with dignity and respect in the workplace.

There is what is known as public accountability and probity in American public life. Once caught and exposed, culprits’ careers end in ignominy. Unfortunately, that is not the case in India. In India and other male-chauvinistic societies, men do not take no for an answer easily. Rejection is met with strong resentment or revenge. Powerful men in India usually brazen it out and persist in public life, and the system still rewards them. Many in the Indian political class practise open polygamy, and no one says anything. Since sexual harassment has become an equal opportunity occupation of politicians of all hues, no political party makes it a big issue for the fear of the issue boomeranging against them. The same goes for financial corruption. There is no fear of law and there is no enforcement of any law.

It would be convenient if doing the right thing was easy. But bringing long-hidden harms to the surface cannot help disturbing the status quo. Amanda Taub, writing in The New York Times, concludes that “accounting for years of wrongdoing is costly, and dismantling hierarchies that fostered harm can lead, in the short term, to chaos. Society must decide how many of those costs it is willing to bear.”