Before The Campaign For 2019, Modi Must Clear The GST And DeMO Tests 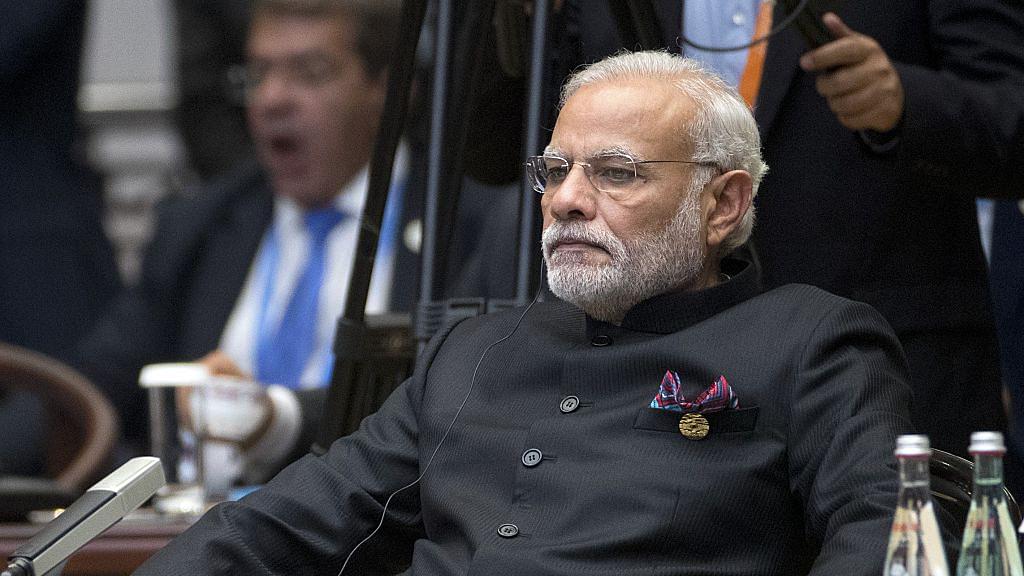 As I write this, it is two weeks since America learnt that its next President would be Donald Trump. Large sections of America are yet to come to terms with it. It is also two weeks since Narendra Modi went on TV and announced that currency notes with the existing denominations of Rs 500 and Rs 1,000 would not be legal tender with immediate effect. India is yet to come to terms with it on the ground, on the air and in print.

Three big uncertainties will shape the future of the Indian economy in calendar 2017, even fiscal 2017-18. These relate to how soon—or how slowly—the US Federal Reserve will raise interest rates, having indicated the possibility of three rate hikes next year at its December meeting. The second big event is the demonetisation of Rs 500 and Rs 1,000 notes, which has forced a short-term contraction in several sectors of the economy as cash went scarce after 8 November. The speed with which normalcy returns to the cash economy will determine the economic trajectory of 2017.

The third big uncertainty is the goods and services tax (GST), which has to be put into effect latest by mid-September 2017, as indicated in the constitutional amendment for enabling it. The earlier it is done, the less the medium-term economic uncertainty. The closer the GST rollout date is to September 2017, the greater the chances of economic uncertainties spilling over to fiscal 2018-19, the final year of the Modi government. It is a risk that Modi cannot afford to leave till the very end, given that GST will upset an entire spectrum of traders and small businesses who currently survive by avoiding taxation. GST will make it difficult for people to evade indirect taxes, and, consequently direct taxes too.

The first uncertainty is the US economy. Post the shock election of Donald Trump as the 45th President of the USA, economists have upped their forecasts for growth, interest rates and inflation. A Wall Street Journal poll of 57 academic, business and financial economists in the first half of November indicated that the Trump administration would provide a huge domestic fiscal stimulus by reducing taxes, raising investments in public infrastructure and legislating some degree of protection against imports and immigration. This could give the GDP a 2.2 per cent boost in 2017 and 2.3 per cent in 2018.

On the downside, the fiscal stimulus could push inflation beyond 2 per cent for its longest stretch since 2008, forcing the Federal Reserve to raise rates.

For India, if this scenario plays out, there are three or four major implications: lower-than-expected foreign investor inflows into our markets as investments in US stocks and bonds become more attractive; a more cautious Reserve Bank approach to lowering our own rates since it could impact the rupee-dollar rate; the possibility of higher oil prices due to rising US demand; and—on the positive side—a better export outlook for us, especially software services. Any economic revival in the US is good for global growth and, consequently, for India.

The risks, however, cannot be underestimated. The Wall Street Journal also noted that Trump’s aggressive postures on immigration and imports could bring forth a “new set of potential risks, including international trade wars”. India’s trade interests in this scenario will be best protected by bilateral deals with the US. We need active trade diplomacy to win Trump to our side, and this may not be too difficult, given his instinctive dislike for China and Islamism. Net-net, India will not lose either diplomatically or in trade terms if we handle our Trump relationship with skill.

This brings us to the domestic demon we have unleashed: demonetisation, or DeMo. Most economists are clear that the economic contraction engineered by the cash crunch will lead to a growth deceleration in the November 2016-March 2017 period—roughly one-and-a half quarters. The cash crunch has begun to ease, and most observers believe that the worst will be over by February 2017. The big question mark is how long the shortage psychology created by the DeMo shock will restrain people from going forth and spending.

Nobody can actually give you this answer, for the world simply does not have demonetisation experts—not one. A bunch of Nobel laureates, from Paul Krugman to our own Cassandra Amartya Sen, and a couple of Harvard economists, Larry Summers and Ken Rogoff, have weighed in against DeMo, but what we have is their best guesses, not predictions. In the absence of any case studies involving a big economy like India, DeMo’s full impact will be known only after a few quarters of observations.

But some directional guesses can be made about the economy, based on common sense observations and expectations.

First, since DeMo has impacted the informal cash sector, one can expect a sharp reduction in wage incomes and small business earnings at least till February-March 2017. But one can speculate that consumption has only been postponed, and not reduced altogether. This suggests that once the cash crunch becomes a bad memory by March, the economy will bounce back. One can reasonably expect a V-shaped revival from the first quarter of 2017-18 or latest the second quarter (July-September 2017). In any case, the GDP drop in 2016-17 may be lower due to the bumper kharif harvest following a good monsoon. Agriculture GDP will spike in the October-December quarter, and the hit will be taken in the January-March period. The net drop in GDP may not be as scary as predicted. It could be upto 1 per cent, with overall GDP growth in the range of 6.5-7.25 per cent for the whole year. Not a catastrophe.

Second, even though the Reserve Bank may be cautious about reducing rates, banks may be more willing to take a leap. The huge cash deposits with banks post-DeMo is burning a hole in their pockets, and they will be forced to lend cheaper sooner than later. Out of the 175 basis points (bps) cut in rates by the Reserve Bank since early 2015, commercial banks have actually passed on just about 100 bps (100 bps make one per cent). This means they can cut rates by 75 bps even if the RBI does not do anything further. But the central bank will surely cut rates at least once in 2017. Banks can anyway cut deposit rates faster, given the cash overload. And as government bond yields fall due to DeMo, banks will make large treasury gains in their bond portfolios. This may be enough to deal with bad loans and to provide for capital infusions in 2017-18. Former ICICI Bank chief K.V. Kamath estimates that the banking sector’s collective gains could be in the region of Rs 1,50,000 crore due to the drop in bond yields.

Third, the government has already dropped broad hints that a fiscal stimulus is in the works, possibly with tax cuts for the middle class and India Inc. The poor are also likely to get some dollops of cash in their Jan Dhan accounts as payback for standing in queues to collect their own cash. With the budget being fast-forwarded to 1 February in 2017, we can expect the stimulus to be in place well before the next fiscal year begins. Once again, this promises a recovery by the first quarter of the next financial year. The markets could rise in anticipation, and the foreign institutional exit may be limited. At the end of the day, India will still be the fastest growing major economy in the world.

Fourth, the abnormal spike in savings, thanks to the DeMo effect, could set the stage for an investment revival. While companies are still overloaded with debt, the drop in interest rates will boost demand for consumer durables and housing, especially if realtors have the good sense to cut prices. Government spending on infrastructure will also rise if tax revenues rise, creating further conditions for a slow resumption of the investment cycle in 2017-18.

Fifth, the government, for its part, is unlikely to make a fetish of fiscal deficit targets, given that next year is the penultimate one before elections in 2019. It is likely to adopt a flexible fiscal roadmap, even if it means courting a bit of inflation risk. With retail inflation now under control and well below 4 per cent, it has leeway to stimulate fiscally without too many negative consequences.

Logically, 2017-18 should have heralded “achche din” but for the last uncertainty: GST. Constitutionally, the new tax cannot be postponed beyond mid-September, and this means both centre and states have to iron out their differences over jurisdiction and rates for more than 1,400 commodities. While DeMo has made an angry opposition less eager to do a quick deal on GST, as the deadline nears, they will have to compromise. With the all-important Uttar Pradesh elections coming up in February-March 2017, politicians have few reasons to appear reasonable with one another, more so after DeMo. But assuming the election fever will pass by April-end, a GST rollout by 1 June or 1 July is a reasonable assumption to make.

This means much of the July-December period of 2017 will be chaotic economically, as both governments and businesses grapple with the demands of the new IT-based GST Network, which will force everybody to computerise and automate tax payments. Business will also have to rework their supply chains to optimise taxes. It is a safe bet that this confusion and churn will not be easy to manage in 2017-18.

We cannot predict how much GST will dent or enhance tax revenues in 2017-18, but one thing is certain: by 2018-19, most of the turmoil and angst should be over.

It is easier to predict how global growth may pan out, or how DeMo may end, but GST is a mystery wrapped in an enigma, to use Churchill’s evocative phrase.

If 2017-18 turns out to be a bonanza year for the economy, it means the gods are on the side of NaMo and India. The big question though is whether the arrival of “achche din” so close to 2019 will help NaMo win in 2019 or just give him the pleasure of leading a coalition. But if DeMo and GST fail, all bets are off.