From Logic To Magic 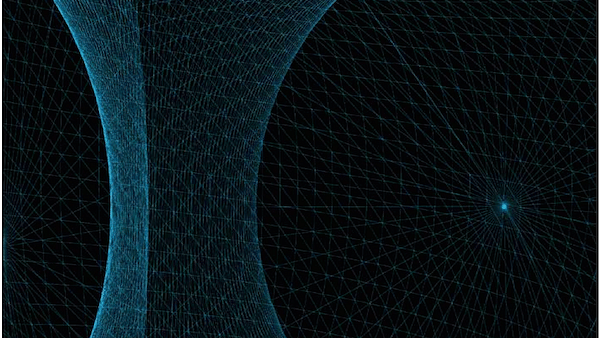 Better standards of living, that many parts of the world enjoy, are often traced back to the Renaissance in Europe that freed man from blind bondage to belief and allowed him to fly free on the wings of rational inquiry. These standards of course are defined in terms of material comfort— food, clothing, shelter, safety and, finally, the leisure to explore the arts and the sciences. This leads to technical and administrative competence and the emergence of good governance that, in turn, loops back to create even higher standards of living. While every society desires this virtuous cycle, those that have aggressively adopted a scientific approach were the ones that have been successful in overcoming or converting others to their point of view. Spiralling out of Europe and reaching out into the depths of America, Africa, Asia and Australia, it has been the triumph of the rational way— based on facts, axioms, logic and reason—that delivers material comfort to the population.

But is there an alternative? A narrative that seeks to look past the last 500 years of rational science and instead, perceives the universe through intuition and imagination? The Sanskrit word for philosophy is darshan, the sight, the perception of the truth as seen through the mind’s eye of the Vedic seer! But any attempt to subscribe to such a Vedantic vision of the world is immediately criticised as being an anti-scientific, irrational regression into saffron stupidity. Where is the proof? So first, let us get that out of the way.

Kurt Gödel was a mathematician, and a colleague, confidante and contemporary of Albert Einstein at the Institute of Advanced Studies at Princeton. He is remembered for his famous Incompleteness Theorem that showed that any collection of consistent statements will have at least one statement that is true but not provable. Thus, provability is a weaker notion than truth.

Gödel’s Theorem knocks out the philosophical foundations of the edifice of modern mathematics, carefully crafted by Euclid with his axioms and proofs. Gödel showed how his theorem was applicable to mathematics, in general, and arithmetic in particular. This implies that if there are statements that are true but not provable, even in a science as well structured as arithmetic, then there should be no difficulty in accepting the same in more complex, subjective philosophical systems. Lack of proof is no more an excuse to deny the truth of what is otherwise intuitively obvious.

Now that the need for a proof is out of the way, let us explore some interesting ideas. Sankaracharya, who churned out the philosophy of Advaita Vedanta from the ocean of the Vedas and the Upanishads and created the most popular philosophical basis of Hinduism, states that the physical world is an illusion— Brahma satyam jagat mithya, jivo brahmaiva naparah. Prima facie, this sounds absurd. How can the world that I see, and touch, feel, experience around me be not real? Even if we ignore our senses, we have equipment in our laboratories that can record enough evidence from deep inside atoms to the outer edges of the galaxy and the universe.

But consider virtual worlds. Of the kind described in the movie Matrix or experienced in online games like the World of Warcraft, and now being rendered through virtual reality devices like Oculus Rift, Samsung Gear and Microsoft Hololens. Technology can blur the boundary between the real and the virtual, but we may still claim the satisfaction of knowing that, in principle and in theory, it is possible to distinguish one from the other. But this satisfaction is short-lived. Nick Bostrom of Oxford University, in a paper published in 2003, puts forward the simulation hypothesis that argues quite convincingly that it is not impossible that the world that we inhabit is indeed a simulation (or “Sim”) that is being run on a digital computer in the multiverse. So the physical universe that we know today becomes one of the many “Sims” in the multiverse operating at a higher dimension or plane of existence. Recently, Elon Musk, cutting-edge technologist and CEO of Tesla Motors, has echoed a similar thought.

What exactly are these higher planes and dimensions? The normal reality that we are familiar with admits of three dimensions in space, to which Einstein added a fourth dimension in time. String Theory, a descendent from the hoary lineage of Relativity, Quantum Mechanics and the Standard Model of Particle Physics, has made it quite respectable to consider the universe to have 10 or even 26 dimensions that are curled up, or crushed into the four that we know. A 3D structure can be reduced to a 2D photograph (for the engineer, the plan and elevation) that, in turn, can be rolled up into a thin 1D tube. Information is lost when dimensions are reduced and may be recovered when the original dimensions are unrolled. Edwin Abott’s 1884 novella, Flatland— a satire on 19th century social issues that spanned across 1D, 2D and 3D worlds— was one of the first modern texts that explored the mathematical novelty that crops up in multi-dimensional String Theory today.

Unlike Relativity and Quantum Mechanics, String Theory is not yet proven, and it is unlikely to be, in the near future, but that does not make it untouchable in academic circles. So is the case with the simulation hypothesis that opens the doors to the multiverse. The illusory world of Maya that Sankara posits is indeed no different either. Sankara talks about the primacy of the Brahman, the primordial, conscious sentience that is the only reality of the universe. Sentience—and its close cousin intelligence—is a function of information exchange, and information science can play an interesting role in exploring this area. For example, life as we know it is a manifestation of the information stored in the genetic code.

The medium of storage, the DNA molecule, is physical and degradable, but the personality, the spirit, the Atman, that is encoded in the gene is transcendental, immortal and transferrable. You can destroy a paper book but not forget the classic story that was written on it. The story is independent of the physical book. From this perspective, the idea of an immortal Atman that evolves across multiple physical incarnations until it achieves identity with the Brahman sounds feasible, much to the chagrin of the dyed-in-the-wool rationalist.

That information is the key to a fundamental understanding of the real world is a hot new topic in current physics. According to the MIT Technology Review, “Some physicists are convinced that the properties of information do not come from the behaviour of information carriers such as photons and electrons but the other way round. They think that information itself is the ghostly bedrock on which our universe is built.”

Based on the work of Erik Verlinde of the University of Amsterdam, who showed that the Laws of Gravity can be derived from the Laws of Thermodynamics, Jae-Weon Lee of Jungwon University, South Korea, has shown how gravity can be related to quantum information. Of course, the information that they talk about is not the kind stored in books and computer disks but are defined in terms of symbols, sequences, probabilities, and eventually entropy.

Information plays a key role in the description of both the cognizant intelligence that lies at the heart of reality as well as the physical depiction of this reality. Information is both the spirit as well as the body that is temporarily attached to it. Access to this information is the key to experience sat-chit-anand, the real and conscious bliss, that pervades and defines existence. Ekam Satya, vipra bahuda vadanti— Truth is one, but many are the paths to it. Traditional science with its emphasis on experimental rigour and rationality is certainly a useful tool but the direct experience, born of meditation and leading to enlightenment is an equally viable way to reach the same goal.

The Nasadiya Sukta of the Rig Veda 10:129 asks: But, after all, who knows, and who can say/ Whence it all came, and how creation happened? The classic textbook on Physics by Resnick and Halliday answers this with a quote from poet W.B. Yeats, saying that “the world is full of magical things patiently waiting for our wits to grow sharper”. Implicit in this statement is the fundamental premise of science that the world is understandable. The alternate premise is that the world is experienceable. Before the Mahabharata war, Krishna is seen trying to convert Arjun to his point of view. But after the first 10 chapters of the Bhagavad Gita, Krishna realises that his logic has failed.

Then he invokes the magic of a direct experience of the Divine, the Vishwaroop Darshan, in Chapter 11, to show Arjun the reality and convince him to pick up his weapons again. Logic and magic, reason and intuition, are two sides of the same coin that buys a ticket for the train that runs from darkness to light, from illusion to reality.