Good News From The East 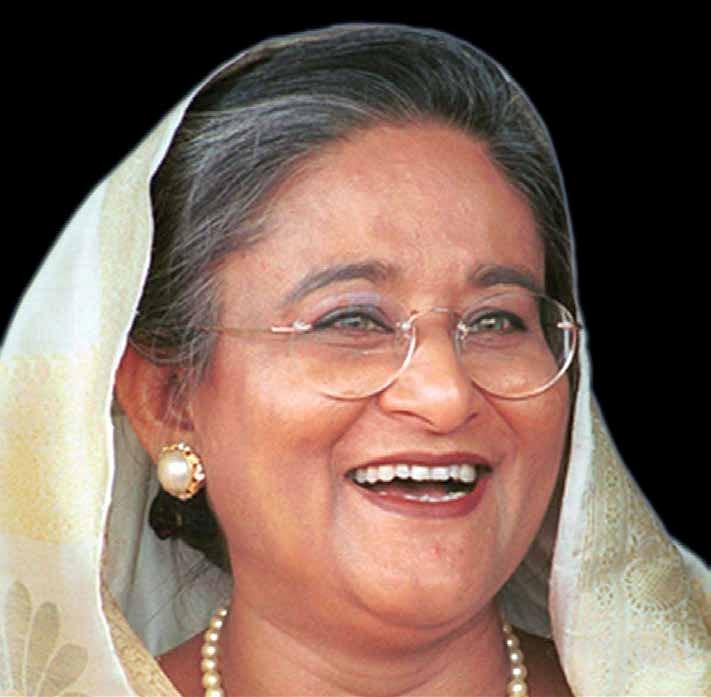 This may sound very strange, but Bangladesh could be poised to boost the economies of underdeveloped eastern and north-eastern India, as well as Nepal and Bhutan. Few other than scholars on Bangladesh and those who follow the affairs of that country closely are aware that Bangladesh is no longer the basket case it used to be till a few years ago. In fact, Bangladesh has outpaced India in many social and human development indices like female empowerment and education, and infant and maternal mortality.

But that is only one part of the story. The other, and more important, part is that Bangladesh’s economy is on the upswing and has registered an impressive rate of growth. The World Bank announced a few months ago that Bangladesh is no longer a “low income country” and has now joined the ranks of “low middle income countries”, since its annual per capita income has edged close to the $1,500 mark. Just before this announcement, Bangladesh’s Bureau of Statistics said that the country’s per capita income was now $1,314, up from $1,190 in 2014. India had a per capita income of $1,631 in 2014, and is classified by the World Bank as “low middle income”.

What is of immense significance is that Bangladesh is not content with its newfound status. The day after the announcement, Prime Minister Sheikh Hasina set new and ambitious targets for her country; she said that Bangladesh would aim at becoming a “higher middle income nation” by 2019, two years before the original target of 2021 that was set two years ago.

She faces the next election in 2019 and 2021 is when Bangladesh turns 50. Bangladesh may well achieve this goal, and not the least because its track record for achieving goals has been very impressive. For instance, it achieved its Millennium Development Goals 2015, set by the United Nations, two years in advance, in 2013. This is what triggers optimism on Bangladesh.

Finance Minister A.M.A. Muhith asserts that his country will post a 7 per cent growth rate in the current fiscal. However, the World Bank and the Asian Development Bank are a little more conservative in their estimates—they say that Bangladesh’s GDP would grow at 6.3% in 2015-16. But their estimates are not based on the fundamentals of the country’s economy (which are undoubtedly strong), but on the country’s internal political situation.

The opposition, led by the Bangladesh Nationalist Party (BNP) that has the Islamist Jammat-e-Islam as its ally, has been responsible for a series of debilitating shutdowns and violence over the past few years, and more so since January this year. Though their movement has fizzled out, there remains a residual support for the BNP and the Jamaat and their disruptive tactics could hinder Bangladesh’s growth trajectory.

However, Bangladeshis are, in general, fed up with political violence and want accelerated economic development. The BNP and its Islamist ally can ignore this widespread sentiment only at their own peril. And that is why the Awami League-led government is confident of achieving the goals it has set for the country. According to researchers at the Observer Research Foundation (ORF), a think tank that focuses on South Asia and China, there is a very strong constituency in Bangladesh that wants peace and development. The disruptive politics of BNP-Jamaat find little support in today’s Bangladesh. Which means that Bangladesh is in a good position to maintain its economic growth.

What is more significant is that all this is very good news for eastern and north-eastern India, as well as landlocked Nepal and Bhutan. Not only because Bangladesh’s economic growth is bound to have a spillover effect on this region, but also because both Bangladesh and India under Prime Ministers Narendra Modi and Sheikh Hasina are keen to partner each other in the development of Eastern and North Eastern India.

There are historical reasons for the growth of Bangladesh having a tremendous impact on the economy of these parts of India. Till 1947, the economy of this entire region was an integrated one, and trade and commerce between Bengal, Assam (most of what we call North East India was, then, Assam), Nepal, Bhutan and East Bengal (as present-day Bangladesh was known then) were closely inter-linked. All these geographical entities were inter-dependent on each other and thrived till the partition of 1947 cut them asunder and brought about economic doom for them. It will be pertinent to note here that till 1947, Eastern and North Eastern India were not only economically self-sufficient, but one of the richest regions in the country.

While Bangladesh will develop on its own in the coming years, the spillover effect on Eastern and North Eastern India will happen due to the series of measures being put in place to connect these regions with Bangladesh. Connectivity, as a recent research project by the ORF states, is the key to this region’s security and development. “Connectivity would provide the transmission channels through which development impulses can spread across the region,” the paper says, adding that enhanced Indo-Bangladesh connectivity “promises to be the harbinger of change in Eastern and North Eastern India”. According to a recent assessment by the Asian Development Bank, if Bangladesh, India, Nepal and Bhutan partner with each other and link up with Myanmar and Southeast Asia, this entire region could witness a 60 per cent growth in trade.

Bangladesh has undertaken a slew of infrastructure projects that will make this possible. The 6.5 kilometer railroad bridge over the river Padma that Bangladesh is constructing will be a major game changer and will make transportation of goods within the riverine country very easy. Exports from and imports into North Eastern India, Nepal and Bhutan will also become much easier. The Matharbari and Sonadia deep-sea ports, being funded and constructed by the Japanese, will facilitate easier movement of sea traffic. That Bangladesh is keen to accommodate India’s concerns even while developing its infrastructure is evident from the fact that it cancelled the contract awarded to the Chinese for constructing the Sonadia port and awarded it to the Japanese. China will now construct the much smaller Payra port.

Bangladesh has woven in favourable conditions for India—incoming and outgoing Indian cargo traffic would have to be given equal priority as that of any other country—in the contract it awarded to China for the Payra port. Bangladesh is also upgrading its Mongla and Chittagong ports in anticipation of a leap in cargo traffic from Eastern and North Eastern India, Bhutan and Nepal. It is also boosting its rail and waterways network with the $1 billion line of credit extended by India recently. All this is apart from other major infrastructure projects, like widening and strengthening all its highways, dredging its waterways with India’s help and putting in place a cold chain that will enhance exports of perishables (this cold chain will be accessible to exports from India, Nepal and Bhutan too). The under-construction Ashuganj port will have a direct road link to Tripura through the Akhaura to Agartala road and rail link that is being constructed.

All these major infrastructure initiatives undertaken by Bangladesh are being matched by linkages from India and beyond Bangladesh. The five rail crossings between India and Bangladesh—Petrapole-Benapole, Gede-Darshana, Singhebad-Rohanpur, Radhikapur-Birol, and Mahishashan-Shabbajpur—are being upgraded to broad gauge. Bangladesh, with help from Japan, is upgrading its rail network to broad gauge for seamless movement of rail traffic from India. India and Bangladesh are exploring the possibility of reviving the now-defunct Haldibari-Chilhati rail link in north Bengal. This will facilitate faster transportation of cargo to and from Nepal and Bhutan.

At the same time, both countries are upgrading their roadways on both sides of the border for faster transportation of goods that will, obviously, boost trade and commerce. Apart from the road border crossing at Petrapole-Benapole through which most of goods traffic between the two countries pass, there are five other border road crossings that are being upgraded: Phulbari-Banglabandha, Changrabandha-Burimari, Balurghat-Hilli, Dawki-Tamabil and Karimganj-Zakiganj.

India, on its part, is upgrading the rail link between Silchar (in Assam) and Tripura’s capital Agartala to broad gauge. This rail line will then be extended to Akhaura in Bangladesh and beyond to Chittagong port. India is also laying a new rail line till Sabroom at the southernmost tip of Tripura. Chittagong port is only 72 kilometers from Sabroom. India is in talks with Bangladesh for extending the upcoming rail link from Sabroom to Chittagong. These rail links, upon completion, will offer a vital connect to the Trans Asian Rail (TAR) link from Jiribam and Moreh in Manipur to Myanmar and beyond to Southeast Asia.

The fresh India-Bangladesh Protocol On Inland Water Transit and Trade signed in April this year also promises to be a game changer for this entire region. Transport of goods to and from the landlocked North East India from West Bengal through Bangladesh will get a boost. On the Indian side, five river ports—Kolkata, Haldia, Karimganj, Pandu and Silghat—have been identified for such river transit.

All this will not only boost exports and imports from Eastern and North Eastern India, Nepal and Bhutan, but will also cut down on transit time and costs for transportation of goods, and people, between Eastern and North Eastern India via Bangladesh. For instance, Agartala is 1,650 kilometers from Kolkata via Assam, and a lot of this road link passes through inhospitable and hilly terrain and is prone to landslides that cut off this link. But via Bangladesh, Agartala is only 350 kilometers from Kolkata. The recently-inaugurated Kolkata-Dhaka-Agartala bus service has come as a godsend to the people of Tripura. Bangladesh is willing to offer more such road, rail and waterways transit links through its territory. India is keen to take this offer, and is also willing to reciprocate in kind by offering favourable trade terms to Bangladesh.

Bangladesh, thus, will be the key to the economic growth of Eastern and North Eastern India, as well as Nepal and Bhutan. With Bangladesh’s economy growing and the political dispensation in that country keen on partnering with India, a new era seems to be dawning for the entire region.