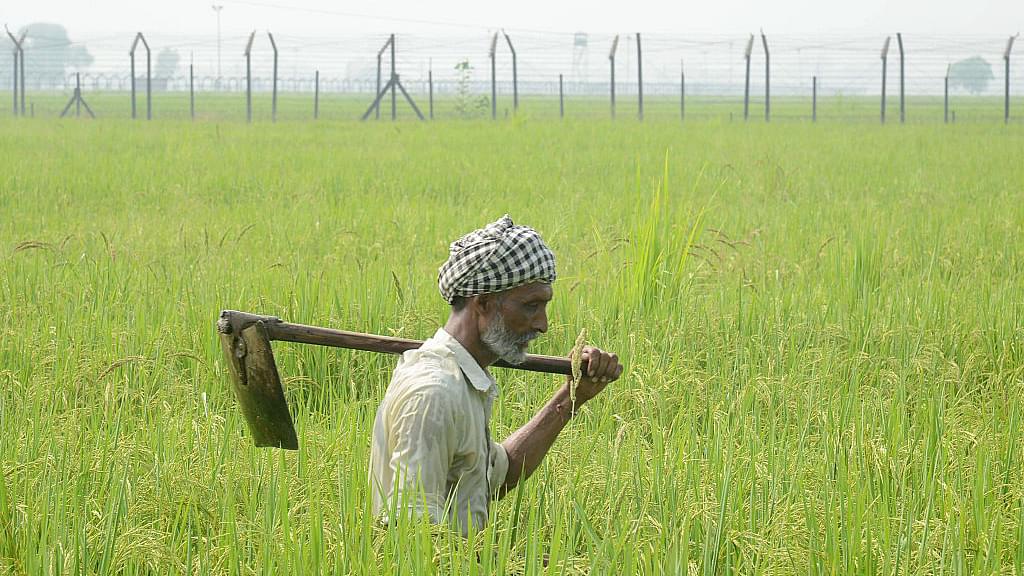 Agriculture is now about 10,000 years old, but has been constantly improved to make it more productive and easier through human intervention. So agriculture is a hundred per cent human-created enterprise and there is nothing natural about it. If agriculture had not developed the way it has, the human race would probably have been wiped out from the surface of this planet a long time ago.

Agriculture is also the most environmentally disturbing activity that humans have developed. The question that arises is: can we now turn the clock back on agriculture because it is environmentally destructive considering that today the world’s population is around seven billion, out of which more than eight hundred million people are food-insecure. It is predicted that the world’s population will surpass 10 billion by 2050. The greatest challenge that is looming on us is how to feed such a huge population when the land mass available for agriculture is shrinking.

This profound question is being debated all over the world. But there has not been a single idea on which there has been a consensus to start implementing it across the planet. There cannot be one single idea for the world as the agro-climatic conditions vary vastly. Moreover, global warming is already hugely impacting agriculture in many countries of the south with India hurting the most. Not only are the temperatures rising in India, but fresh water for agriculture is rapidly vanishing, and in more than one sense, water wars have started in different communities and regions of India.

Under these circumstances, Indian agriculture needs more science and technology and not less. However, there are many voices in India, particularly western-funded NGOs and rural activists, who are strongly campaigning for Indian farmers to revert to ancient agricultural practices by abandoning modern agriculture as we know it since the mid 1960s. Indian farmers are unsure about whom to listen to: the NGOs or the agricultural scientists. As always, governments of the day, to avoid public conflict, support both arguments and make concessions for those who want to stop modern agricultural technologies. Most decision makers avoid decision making by postponing, just to avoid unresolvable conflicts, another tactic that they are famous for. Commercialisation of one of the most successful biotechnologies, namely GM crops, have been in limbo for more than six years, and nobody in the government seems to be bothered about it. The result is total confusion.

Most modern biotechnologies are highly regulated by the Ministry of Environment, and the Ministry of Agriculture which really understands the problems of country’s agriculture has no role to play in regulation and there is no real good communication between the two. On top of it, certain NGOs who are opposed to biotechnology have filed a case in the Supreme Court that never ends. This is a time-tested tactic of environmental activists to tie up technologies in litigation from here to eternity so that technology developers get frustrated and abandon the arena.

Biotechnology is not the only modern technology that has impacted agriculture all over the world, but it has impacted human health and environmental protection in a huge way. The latest genome editing technology that was invented just a few years ago, has already started to roll out new products hitherto unheard of in animals and crop plants. It is also impacting the area of the human genome, but is being slowed down somewhat because of discussions related to bioethics.

The US National Academy of Sciences, Engineering and Medicine just rolled out a report which describes the new types of biotechnology products likely to emerge over the next five to 10 years and assesses whether future products could pose different types of risks relative to existing products. It also identifies the scientific capabilities, tools, and expertise needed to support the oversight of these products by the US regulatory system.

When there is a revolution in modern biotechnology going on in the west, India, home to the largest national agricultural research system, is lagging behind because there is no political support to move aggressively to help boost Indian agriculture with the most modern technologies. If one talks of developing country agriculture, especially in India, one gets an imagery of a thin, dark-skinned, half-naked farmer using a 17th century instrument called yoke either tied to a couple of bulls or himself. Some of them do use modern chemicals and fertilisers in a dangerous way, but there stops the so called modernisation of Indian agriculture.

In the 10,000 years of agriculture, modern science impacted it only in the last 100 years with the discovery of genes by an Austrian monk called Gregor John Mendel and hybridisation technology in the 1930s. These were together responsible for the Green Revolution since the mid-1960s. But the Green Revolution has fatigued and has leveled off in terms of increasing crop productivity. Then came the GM crops in the late 1980s. This latest technology has been held back in India by the government without a firm decision. This regulatory limbo has already put Indian agriculture in jeopardy and it will take decades before it can catch up, that is if catch-up is really possible. This is a governance issue that is the bane of developing countries because of bureaucratic and political lethargy.

The great paradox is the magnitude of benefits reaped by humanity in the 20th century in terms of life expectancy, health, and increase in per capita food supply. A lot of experts felt that agriculture could not feed a large population, but scientific interventions helped greatly to increase food security. The world still has slightly more than 800 million underfed or food-insecure people who need help, but international politics, poor governance, and internecine wars have ravaged many parts of Africa and some parts of Southeast Asia. However, many developmental and environmental activists deny the progress achieved by agricultural science that has been under attack for almost the entire last century. Thomas DeGregori, a professor of economics at the Houston University, says that this global movement is a manifestation of anti-technology elitism. According to him, human beings are inherently progressive-minded and technology-friendly people due to which the entire evolution of human beings and their culture has become intertwined with science and technology. Anti-technology elitism has a lineage from the West going back to the Greeks and has raised its head in China and now all over the world.

The so-called civil society activists find it alluring to lead a cozy lifestyle by getting sumptuous funding from rich benefactors in Europe and North America. Once having got the money, they have no option but to keep the anti-technology pot boiling. So there is a well-orchestrated global conspiracy to deny scientific and technological developments from the West to Third World countries. The real paradox here is that the scientific and technological solutions are ready for implementation, but are not being allowed because of the activism. On the contrary, Indian farm activists and other NGOs are championing the cause of organic agriculture, natural agriculture and biodynamic farming. Their campaigning has been so successful that the state of Mizoram declared itself to be a 100 per cent organic agriculture state and within a short span of three years, customers are avoiding organic produce because they are three times more expensive. It remains to be seen how long Mizoram will remain 100 per cent organic.

Another state that has totally banned GMOs is Kerala. India is an agrarian economy in which almost 60 per cent of the population depends on agriculture that is neither productive nor remunerative. Without increasing productivity by using the latest technologies, there will be no hope for India to become a powerful economy. Indian agriculture is a huge drag on India’s progress. Everything can wait, but not agriculture was what the first prime minister of India Jawaharlal Nehru was heard saying. The conundrum here is that when agricultural scientists are struggling to promote modern science and technology, there is a bunch of highly organised and coordinated activists campaigning with farmers for them to go back to old-style agriculture and avoid all things modern. Many technophobic and anti-western, and swadeshi type of politicians succumb to this kind of anti-technology campaign and support them wherever they can. Once there is political support, then the game is over in favour of those who are anti-technology. This clash between scientists and activist philosophies seems never to come to a resolution and in the meantime, governments are completely happy with not taking any decision. They are damned if they did and are damned for not taking any decision.