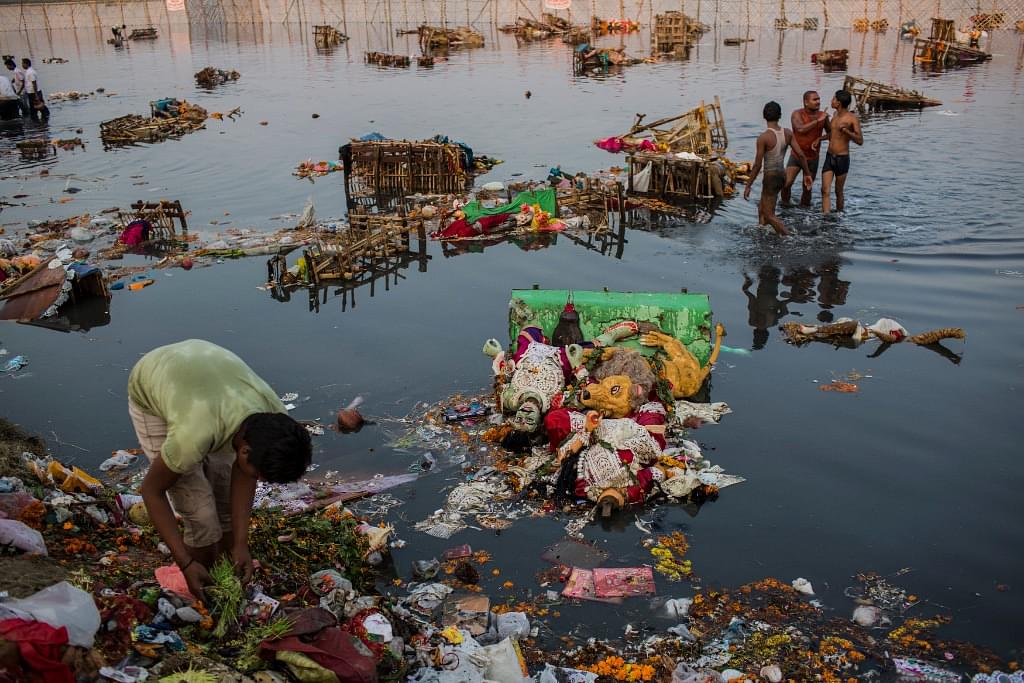 Danish physicist Neils Bohr once said that prediction is difficult, especially if it is about the future. Yet, engineers, generals, planners and ruling classes are expected to predicate their actions based on calculated expectations of the future. Jugaad hinders this process in many ways and threatens to make our society a collective myopic failure. It should not be admired and we must not descend into the culture of jugaadism, which can be defined as a systemic philosophy of sloppy, shallow and short-cutting techniques of addressing complex problems. Like many seductive, but ultimately disastrous, isms of the last century, it needs to be buried in an unmarked grave.

Jugaad is a neologism arising from the Indic practice ‘to gather’. When the bar is set low, even gathering ingredients is fait accompli. In touting it as a laudable achievement, we not only hold ourselves back from the final finished product but, more dangerously, the very process of seeking the solution. It is the seeking, the manthan (churning), that is the backbone of irreversible positive development in a successful society. The manthan is painstaking; it requires patience, perseverance and meticulous scaffolds of rigour and evaluation. And with manthan comes both the nectar of success and the poison of frustrating failures. Both are intricately connected to each other. The proverbial Rome was not built in a day. It was built in the night of silent reflections, the darkness of failures, and enveloped by the frigidness of self-doubt. Jugaad short-circuits the seeking process with its piecemeal gathering approach and its celebration spreads the contagion. If jugaad is bad, its glorification is lethal.

A jugaadist culture fosters a ‘bad lifestyle’. It effectively precludes in-depth problem-solving, which includes analysis, dispassionate debates and the multi-angle investigation of its origins. In the jugaadist framework, every problem is a unique obstacle to be overcome through clever tactics. However, for a country as vast and complex as India, this obstacle course invariably turns to bitterness, fatalism and an endless cycle of cynical arguments as the final complexity proves insurmountable. In this game of jugaad, the odds in the long run are never in favour.

Take air pollution for an example. A modern bane of Indian cities where the very byproducts of economic expansion are slowly (or some would say rapidly) choking us to death. Yet, we seem helpless to tackle it. At the heart of air pollution lies a complex technological challenge involving multiple disciplines of sciences and engineering. However, typical debates in public domains betray a jugaadist mindset. Identify a visible villain such as vehicles and then ban them on certain integer days or firecrackers, which apparently need to be banned completely during Diwali.

This banning response has all the hallmarks of jugaad. It identifies the urgency of the problem, looks at various obvious sources that can be controlled, and then stops at the most immediate solution. Just like any other jugaadist solution, the law of unintended consequence kicks in to affect the common people. The remedy for these painful unintended consequences is equally jugaadist – an increasingly bizarre list of exceptions. Criticism of jugaadist, fragmented problem solving, is blocked by mobs of self-righteous social media warriors. They probably don’t have the patience to read a recent IIT Kanpur study, which reveals that vehicular pollution, in even a megacity of Delhi’s size, contributes only about 9-25 per cent (seasonal variation accounted for) to air pollution totals.

So, what else could be contributing to pollution? A casual walk through many cities will reveal widespread burning of trash.

The immutable laws of fluid dynamics dictate that the carcinogenic byproducts of trash burning would travel many kilometres from its source via convection and atmospheric currents. The same phenomenon governs byproducts of crop burning many hundred kilometres from Delhi. The effect is so dramatic that the images are often captured by satellites.

A long-time Delhi resident and scientist, Dr Anand Ranganathan, added perspective when he compared the crop burning effect to the entire metro area of Delhi being on fire – 12 times over! Similarly, wind-borne dust particles due to naked soil is yet another major factor of pollution.

A thorough manthan would lead to solutions such as the study of crop cycles in northern India, garbage disposal habits and development of natural ground covers such as grasses for appropriate soils. Many of these solutions are interdependent, with feedback loops and virtuous cycles, which a jugaadist solution can never identify. For instance, rather than burning crop thatch, it could be beneficially applied as mulch to cover naked soil thereby improving moisture retention as well as improving aesthetics. Similarly, agriculture research on better ground covers, which can address the challenging local environment and soil conditions, would go a long way in reducing wind-based soil erosion.

Such ground cover research has been successfully done before elsewhere. For instance, University of Florida and Texas A&M University collaborated in the 1970s to produce the low-maintenance Floratam variety of grass, which could withstand both the blistering sun and the bug-prone southern US climate. This has made covering vast tract of commercial and residential open ground economical, contributing to improved air quality in spite of loose sandy soils of the region. Interestingly, large amounts of air-borne particles can significantly depress solar power efficiency as shown by a recent international multi-university study, which includes IIT Gandhinagar, Duke University and the University of Wisconsin.

Similarly, better ground cover can benefit ground water tables by retaining water and also preventing soil eroding into rivers, thus improving river water flow. Such improved water and power availability can then lead to cheaper power production and heavy-duty garbage processing. This is just a small example, where simply going beyond jugaad can lead to a healthy public debate. There are many other instances of jugaadism derailing well-meaning measures. The application of rigorous concerted planning and research can hugely benefit jugaad-infected initiatives to clean the Ganga, assorted manufacturing frameworks, and ad-hoc urban infrastructure development projects.

Planned obsolescence of jugaad must begin in the top echelons of academia and industry. Corner cutting cultures and ‘chalta hai’ (‘it’s ok’ attitude) should be replaced by strong non-negotiable benchmarks and deadlines. Jugaad could be encouraged as the first step among many. Failure should not be shamed, but used as an opportunity to learn. This failing forward will prevent the triumph of jugaadism through the need to ‘save face’. In the same vein, expectations must be set early and monitored regularly to prevent last-minute panic addled jugaadism.

When a complex technological feat is achieved, the solution itself should be first praised above every other metric, especially above the price tag. For instance, celebrating Mangalyaan with memes, which compare its cost with the budget of the movie Gravity is counterproductive and misses the most important achievement of the mission – its unprecedented sustained accuracy and decades of hard work invested by Indian Space Research Organisation scientists. In the commercial sector, TATA Nano may have overcome many important technological challenges, but the fact that its cheapness became the talking point ensures that it will, perhaps, be forgotten completely by future generations.

These adjustments will not be cheap. It is a common mistake to conflate jugaad with frugal engineering. If driven by appropriate market forces, engineered solutions always tend to produce products inexpensively with minimum resources. Thus some amount of frugality is built into the very nature of engineering and production. In fact, this ruthless cost effectiveness puts even greater premium on rigour and research. As Stanford professor Dr Manu Prakash, inventor of the foldscope, says, frugal science is about finding solutions to problems that break the cost barrier – but a lot of intellectual rigour and thinking goes into finding the right solutions.

Equating jugaad with frugal engineering, the type he pioneers in his lab, is frankly insulting, and Dr Prakash states clearly that he “never really liked” the word jugaad. Similar examples abound in the laboratory of Dr George Whitesides at Harvard who invented inexpensive paper microfluidics. Most celebrated frugal innovations come from years or even decades of rigorous work and not from jugaad-based shortcuts. This is why all the above examples of frugal innovations have risen from the most distinguished labs in the world. The exacting requirements of rigour and robustness are alien to jugaad.

We are a young republic, a growing economic power, and most importantly an aspirational society. Short-term mercantile instincts should not stop us from treading the right path forward. We cannot afford to inculcate bad habits in our youth, for they will eventually become disorders, deforming our adulthood. Let us pledge not to degenerate into the distorted ‘blunderland’ of jugaadism, but rise to honour our heritage of profound thinkers.