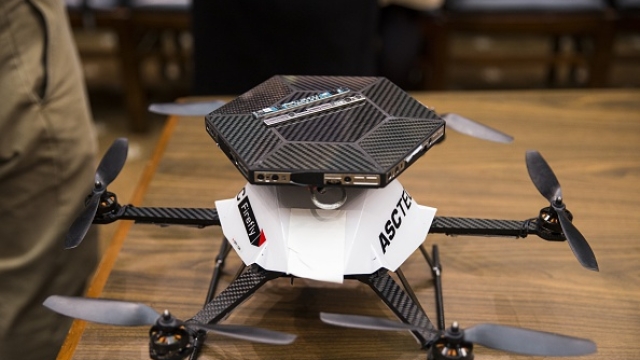 The Paris-based Netexplo group, an affiliate of UNESCO, is focused on finding innovations from all over the world. By cooperating with their academic advisory board, which consists of faculty from all over the world, Netexplo does a “spotting” exercise in which students identify interesting innovations. (Disclaimer: I am a member of that board, and attended their annual forum in February).

These innovations are broadly classified as “digital”, which definition may not be as clear today as it was when Netexplo started this exercise 10 years ago. That is partly because “digital” has now an inevitable part of the infrastructure. And partly because once we get into areas like machine intelligence, nano-robots, self-correcting drones and other bio-mimetic systems, the distinction between digital and natural organisms may cease to be meaningful.

The fundamental question is whether you are using technology in interesting ways. What Netexplo does is take the few thousand ideas spotted, and distill them into a shortlist of 100, which is then winnowed down to a final list of 10 prize winners, who are invited to Paris in February for the Forum, where the Grand Prix is announced.

The second thing they do is to try to identify trends from what is seen in a particular year. They are clear that they are looking at trends, and not making forecasts: many of the trends may sputter in future, and amount to nothing; others may become big winners.

These innovative ideas are not necessarily from entrepreneurial startups (although many are): significant numbers are from university or other research institutions, some from NGOs, and some from large corporations as well. The criteria for selection are novelty, viability and societal value. Over the years, winners have included Twitter, WordLens (now part of Google Translate), Aadhaar, Layar (an augmented reality app), Wearable Thermo-Element, Electronic Tattoos, and many others.

The trends and the prize winners are presented at the Netexplo Forum, usually held at the UNESCO’s vast hall, complete with simultaneous translation headsets, with members of France’s elite in attendance, including ministers and top managers from companies. Julien Levy o HEC Paris, one of Europe’s best business schools, presented the trend analysis; and since it comes from France, it naturally was philosophical and based on considerable thought.

I particularly liked the intersection of (1) and (2), typified by the slide Professor Levy made featuring the beautiful Rachel, a “replicant” or cyborg, who doesn’t know she is a robot, from the classic film Blade Runner, possibly the best science fiction film of all time, with the exception of 2001: A Space Odyssey and Andrei Tarkovsky’s Solaris. He doesn’t forget HAL, the computer in 2001, either, and has a slide about that, too. (The next two photographs re the ones used by Levy on his slides, and the photo captions are the text that Levy had on the slides.)

Professor Levy is quick to point out that these are trends that cover over 70 per cent of the 2,200 innovations spotted globally by Netexplo, but that this is not a prediction as to what might happen.

Sadly, only a handful of the innovations came from India (only three out of the shortlist of 100, if I remember right), but it would be foolhardy for Indians to ignore these trends, as some of them are already part of multi-billion-dollar industries, and others could get there.

To give some more clarity to these trends, here are a few examples of innovations in these areas, in no particular order of importance other than that they appealed to me:

1. Skinvision (Romania): An app that analyzes the photo of a skin mole in a few seconds to spot any cancerous melanomas

2. Talk (India): A low-cost, non-invasive device that converts a user’s breath into words, so that that the 1.4 per cent of the world’s population that cannot speak can express themselves

4. Amino (Canada): This kit for making organic material can help you make perfume, brew your own beer, or grow bacteria at home. This is the biological equivalent of open-source software or hardware, making bio-hacking accessible to many (which of course has its downsides as well)

1. Micro-Swimmer Robot (USA): Nanoparticles that can assemble themselves and swim through a patient’s arteries under the control of a magnetic field. They can unclog arteries or deliver drugs to precise locations

2. MiteNot (The Netherlands): Bee colonies have been devastated by a parasitic mite. Avoiding pesticides, the printed circuit camouflaged in a honeycomb frame tracks the mite’s reproductive cycle and warms at the right time to sterilize them without affecting the bees.

3. Asctec Firefly (Germany): A hexacopter that is able to navigate itself through visual recognition technology and 3d modelling. It can autonomously carry out support and surveillance missions.

4. Todai Robot Project (Japan): An AI system that can take the national university exam and is now capable of exceeding the national average. In the wake of the success of Google DeepMind in playing the world champion Go player, this is achievement on another front

5. Evolving Robots (UK/Switzerland): Using bio-mimetics, this “mother” robot can build its “children” autonomously, adjusting the design of each new generation based on the performance of the previous generation.

1. Troll-hunting Algorithm (USA): An algorithm that can spot a troll with 80 per cent accuracy after five posts, even before they start trolling on social networks.

2. Tinderbox (Canada): Automates the popular dating app Tinder. After 60 instances of swiping to select profiles, this add-on will use a face recognition algorithm to automate selection.

3. Talkpush (Hong Kong): Automated recruitment campaign. Invited applicants contact the system by phone, web, or chat, and pre-determined questions are answered and recorded, thus easing quick review of applicants without having to interview them one by one.

5. Colu (Israel): This is a platform for blockchain, which hides the complexity of the technology, and makes APIs available for any kind of distributed authentication application.

These three trends are all intriguing. Perhaps the one with the most immediate practical application is the block-chain based mechanisms, which can disrupt many types of established central authorities.

I wrote in these columns earlier about how jati, a distributed system, is resilient compared to monolithic systems. Blockchain, similarly, has the potential to disrupt banks (eg. Bitcoin), public sector entities (eg. land registries) and others. It would be a good idea for Indian entrepreneurs to keep an eye on some of these trends, and also for larger Indian companies to make the trek to Paris in the winter to network at the Netexplo Forum in 2017.